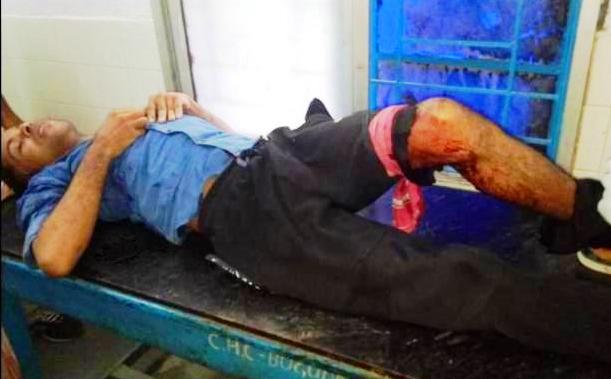 Berhampur: A notorious criminal was arrested following a police encounter near Ramapada forests under Buguda police limits in Ganjam district early this morning. The criminal identified as Benu Barik was later admitted to hospital after he sustained critical injuries in the encounter.

Sources said Benu, a resident of Jamapatana village under Odagaon police limits in Nayagarh district, has several cases pending against him in Nayagarh and Ganjam police stations. Police said he is also involved in two bank robberies at Manitara and Khurda.

Acting on a tip-off about Benu’s movement in the locality, Buguda police intercepted him near Ramapada forests at around 7 AM today. Seeing the cops, the dacoit opened fire at them in an attempt to escape. However, the police retaliated, following which Benu sustained bullet injuries in his left leg. He was later admitted to a hospital in Bhanjanagar.