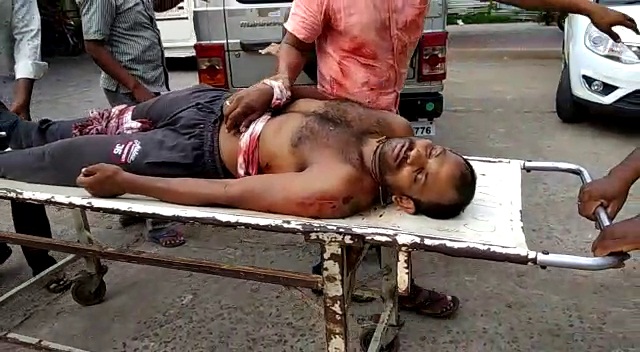 Berhampur: A notorious criminal identified as Kuna Behera of Ganjam district was injured in an encounter by police here today.

The injured Kuna was admitted to MKCG Medical College and Hospital for treatment following the incident.

According to reports, Golanthara and Sadar police personnel opened fire at Kuna to nab him while he was trying to escape from the spot.

Looter gang kingpin held after encounter with police in…

After bullets hit his body, Kuna fell down and could not move. He sustained bullet injury on his right leg.

Police seized a country made pistol, a numberless bike and other materials from his possession.

Police said that Kuna was most wanted for his involvements of the crimes including theft, dacoity and loot. As many as 21 cases have been registered against him at Golanthara and Sadar police stations.

Police that had been searching him since a long time traced him in the location under Golanthara and Sadar police stations through mobile tracking.