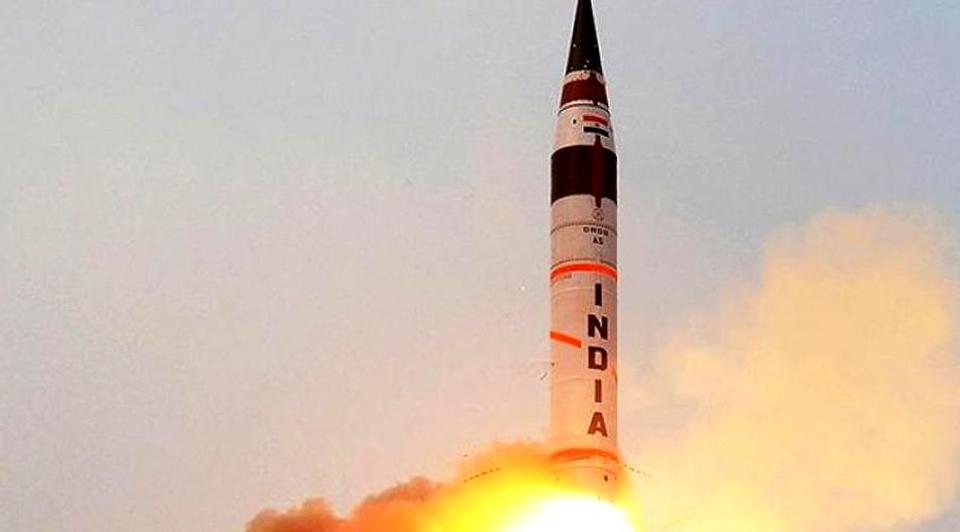 The firing took place from the Abdul Kalam Island facility off the Odisha coast.

A Defence Ministry official said the pre-induction test of the highly sophisticated and world class game-changer missile was successful.

Defence Minister Nirmala Sitharaman tweeted about its success, congratulating its makers DRDO, the armed forces and the defence industry.

She said the successful test of the 5,000-km-range missile that can carry a one-tonne warhead, was “a major boost to the defence capabilities of our country”.

“The Made in India canistered missile, having three stages of propulsion, was successfully test fired,” she tweeted.

Developed by the Defence Research and Development Organisation (DRDO), the Agni-V is the most advanced version of the Agni series, part of the Integrated Guided Missile Development Programme that started in the 1960s.

It has a range of 5,000 km and can reach the northern most parts of China. Agni-V can carry a nuclear or traditional warhead of about 1.5 tonnes.

With Agni-V, India has joined the US, Russia, the UK, France and China, all of which boast having ICBM capabilities. (IANS)

Fire breaks out at slum in Odisha’s Berhampur, 100 houses gutted