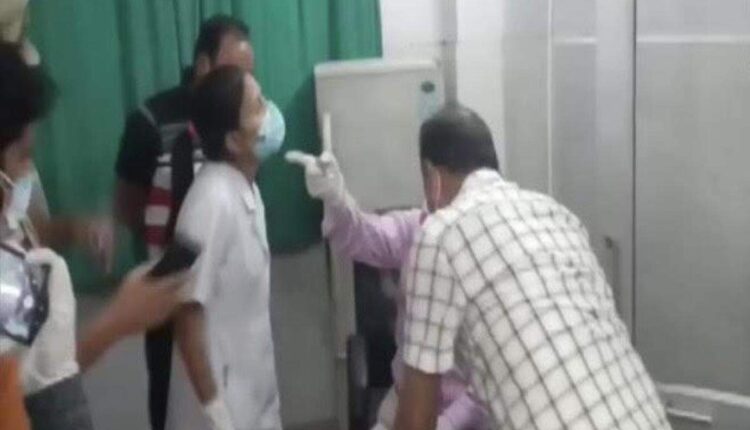 Rampur: In a shocking incident, a nurse in the district hospital in Rampur, Uttar Pradesh, slapped a doctor in full public view, following a heated argument over issuing a death certificate.

According to reports, the nurse came to the doctor’s chamber that was already crowded with patients and asked him to issue a death certificate for a patient who had died.

The two had a heated argument and suddenly, the nurse slapped the doctor and he hit her back.

The brawl was caught on camera and the purported video went viral.

The incident took place on Monday but the Rampur police said no formal complaint has been received yet.

District magistrate Ravindra Kumar said he had ordered a probe into the incident.

The hospital authorities said the clash was a result of the tremendous pressure under which doctors and other healthcare staff are working.