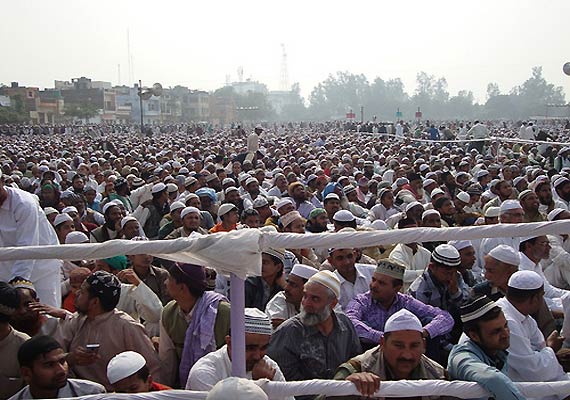 New Delhi: OBC Muslim groups have now pressed for caste-based census in the country which has been a major demand of political parties across the board from NDA allies to the UPA.

National Momin Conference which is a Muslim OBC body, on Wednesday demanded from the Prime Minister that if it is not done now, the OBC community will have to wait for another ten years.

Ansari who was a member of National Backward Commission, said, “The country should know what is the population of the OBC and what is their social status so that welfare schemes could be diverted towards that particular community.”

The National Momin Conference has passed a resolution on the issue and will be writing to Prime Minister. Not only this, another body, the All-India Pasmanda Muslim Mahaz, which has been carrying out a campaign for reservation to the backward Muslim communities, has demanded that a caste based census of the minority community also be conducted.

A meeting of 17 Muslim organisations was recently held to chalk out a further action plan.

Mahaz President Ali Anwar Ansari has said the caste census should not be restricted to the Hindu community but should be extended to the minority community as well since Muslims also follow the caste system.

On August 23, BJP ally and Bihar Chief Minister Nitish Kumar along with a 10-member all-party delegation from the state, met Prime Minister Narendra Modi to press for a caste-based census.

In 2011, Socio-Economic and Caste Census conducted by the Registrar General of India had come out with 46,73,034 categories of caste, sub-caste, but in July 2015, the Government of India stated that errors were found and some of them have been rectified since then.

The first caste census was conducted in India in 1881 after Britishers took over and the last census based on caste was carried out in 1931.

On this day in 1986, India-Australia played one of only two tied Tests in cricket history