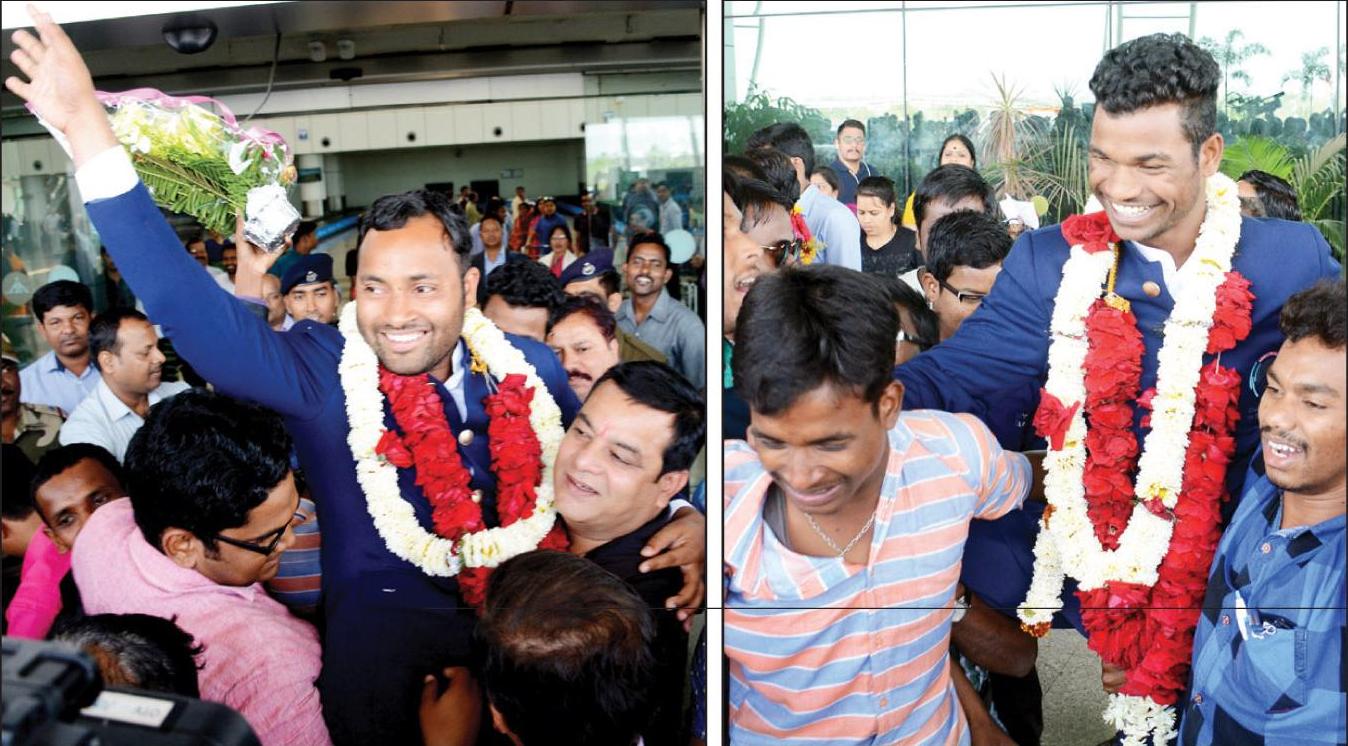 Determined to improve & find spot in team for Olympics,…

The friends, fans, Odisha Blind Cricket Association staff, Odisha Sports department officials and Corporator of ward no 67 Debi Prasad Nanda welcomed the duo, who were the part of the champion.

Jafar has been part of India squad in T20 Blind World Cup clash since 2011. Sukhram was key player to take the team for victory against Pakistan in Asia Cup in January 2016.

Odisha to sponsor Indian national rugby teams for next three…