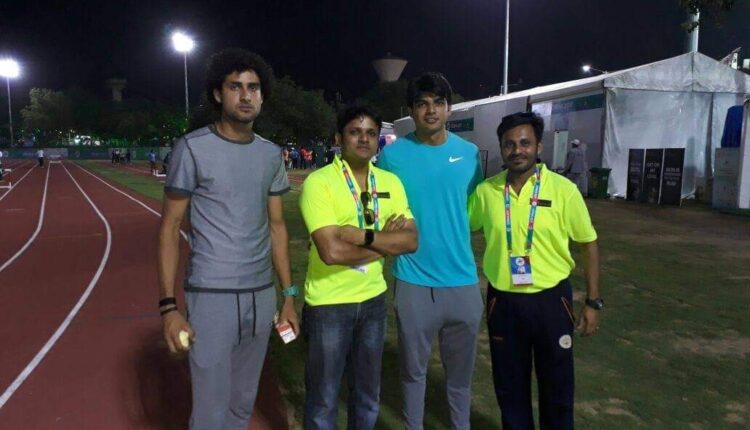 Bhubaneswar: Javeline star Neeraj Chopra, who created history by winning India’s first Olympic track and field gold medal since Independence at Tokyo last week, was treated by an expert in sports surgery and sports medicine in Bhubaneswar for shoulder pain four years ago.

Chopra was taking part in the Asian Athletic Championship being held at the Kalinga Stadium in Bhubaneswar in July 2017 when he walked into the clinic of Dr. (Major) Sarthak Patnaik, Specialist in Orthopedics and Sports Medicine, with a friend one evening complaining of pain in his right shoulder.

“I examined the young athlete and found that the pain was mostly muscular and tendinous. We managed the pain conservatively while his friend was treated for a hamstring pull,” Dr. (Major) Patnaik, presently Senior Consultant in the Arthroscopy, Sports Medicine and Surgery Department at a private hospital here, said.

“I found him a very soft spoken, humble and down to earth sportsman. He was very happy to know that I was a retired Army Officer myself,” he said.

Chopra went on to claim the gold in Men’s Javeline Throw at the championship which was held from July 6 to 9, 2017. Chopra won the event with a throw of 85.23 m, a championship record, beating Ahmed Bader Magour of Qatar.

“Today I am very proud that Chopra has proceeded to win a gold medal in the Olympics and I will always cherish the memory I had with him four years ago,” Dr. (Major) Patnaik said, adding “I wish him to win many more laurels for the country in future.”