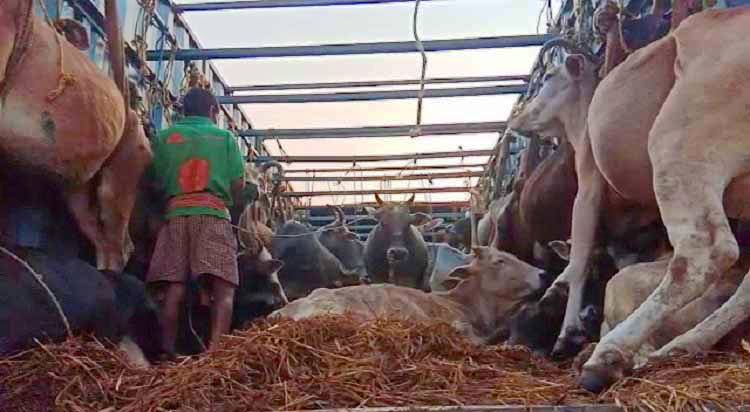 The locals also detained two persons in this connection and handed them over to police.

Sources said the locals detained the trucks on NH-60 near Chalanti village in the district while the vehicles were transporting the cattle to West Bengal early this morning. They later called up police, who reached the spot and rescued the cattle besides detaining the two accused.

The cops also initiated an investigation into the incident.

In another incident, seven cattle were rescued from a pickup van near Baiganbadia Chhak in Jaleswar area today. Locals seized the van and detained a person in this connection.

Married woman, youth tied to pole, beaten up in public over illicit affair