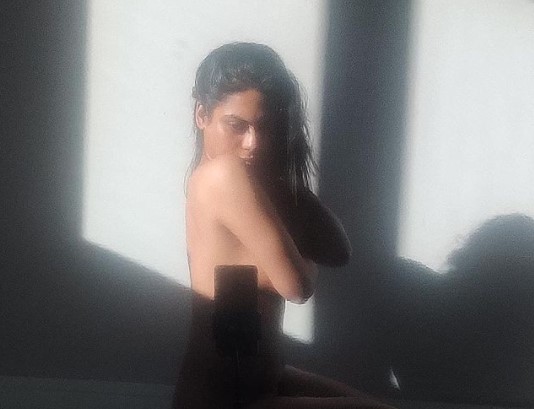 Bhubaneswar:  Four days after being trolled for uploading her nude picture on Instagram, model and actor from Odisha Sunita Garabadu has finally broken her silence over the issue.

In a video, the actress can be seen saying how people abused and sent her hate messages and also went to the extent of defaming her family for her post. She also said some users reported the post and asked Instagram to block her profile.

In her clarification, she said, “I have not gone against the terms and condition of the social media platform, which is why my post is still out there.”

To her trollers, Sunita said, “the world is much bigger, distinct and vaster than your small minds can fathom and the little wells that you live in. So please grow up..”

Secondly, I need not ask for it on Instagram because when I ask for it I get it and I am already getting lots of it. I also want  to say that everything about a woman’s body is not related  to sex. Stop seeing a woman’s body only sexually. It’s not an object of having sex or intercourse. If you can understand this, we will be able to solve a lot of problems going on in the world, including exploitation of women and the rape culture .

Four days ago, Sunita took to Instagram and uploaded a nude picture of her, apparently posing for a mirror selfie, with caption “Sun soaking while fantasizing about Spain.”

The post drew mixed responses from the netizens. While some complimented the actor with comments like bold and beautiful, many others slammed her for the nudity on social media.