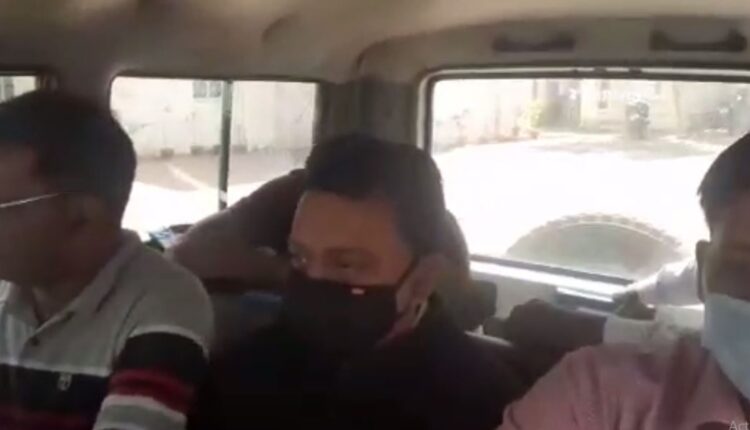 After Mohapatra’s arrest today, the Vigilance produced him before the Special Vigilance Court. However, the agency probing financial irregularities did not seek remand of the ADM, Sundargarh.

The court has fixed its next hearing on the case on February 27.

Based on the allegation of possession of assets disproportionate to the known sources of income by Mohapatra, the State Vigilance conducted simultaneous house searches at seven places in Khordha, Sundargarh, and Jagatsinghpur districts.

Seven teams of the State Vigilance conducted the searches on the strength of search warrants issued by the Court of Special Judge, Vigilance, Bhubaneswar.

During house searches so far, the following assets have been unearthed: Cash Rs.3.52 lakhs; Gold weighing 470 grms; One double storeyed building at Naharkanta, Bhubaneswar worth about Rs 89 lakhs based on preliminary assessment. However, the Vigilance Technical Wing will carry out detailed measurement and assessment, based on which the value is likely to increase further.

The vigilance also traced one flat of Mohapatra at Asiana, Rasulgarh. The Vigilance Technical Wing will carry out detailed measurement and assessment.

“The Vigilance Technical Wing will carry out detailed measurement and valuation of plots. Market value may be in crores,” the Vigilance stated.

Also, Mohapatra had started cement business recently in name of his spouse. A godown with cement stocks opposite to his house in Balianta, Bhubaneswar unearthed along with financial documents. Finance Wing of the Odisha Vigilance is carrying out valuation of Cement stocks.

Large number of suspicious transactions have been found in the bank accounts. Apart from this, agreements with FOXSKY ELECTRONICS INDIA PVT. LTD. for advance payment of Rs 15 lakh and heritage properties and other firms along with draft agreements with different firms have been recovered. Chartered Accountant, Bank Consultant and Financial Wing of Odisha Vigilance have been scrutinizing the documents collected/seized from the house and different places of search of Mohapatra.

The ADM, Sundargarh was found in possession of disproportionate assets, which he could not account for satisfactorily. The Vigilance Cell P.S. Case No.3 dt.13.02.2022 has been registered against Mohapatra and his spouse U/s 13(2) r/w 13(1)(b)/12 PC Act, 1988 as amended by Prevention of Corruption (Amendment) Act-2018.

Investigation of the case is in progress, the Vigilance added.