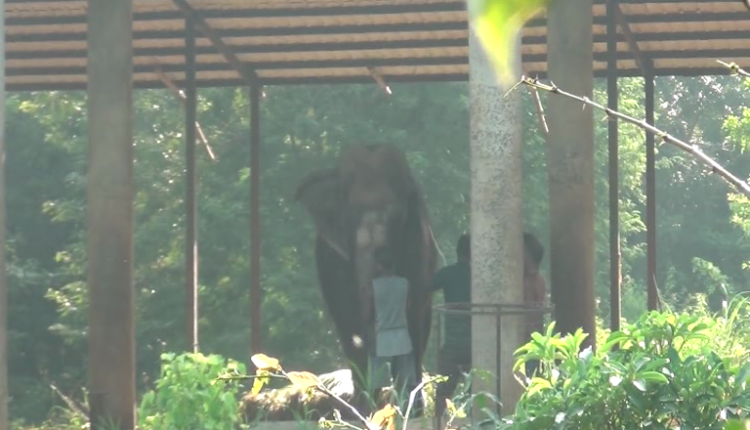 Bhubaneswar: Ailing elephant ‘Prema’ died while undergoing treatment at the Nandankanan Zoological Park (NZP) here on the outskirts of the city.

The NZP authorities said that Prema was sleeping on the ground since Thursday as the animal was not able to stand and walk. Even the mahout also failed to make the elephant stand.

In this regard, the zoo authorities approached experts following which a team consisting of NZP’s retired Assistant Director Kamal Lochan Purohit, College of Veterinary Science & Animal Husbandry, OUAT’s Prof Niranjan Sahoo and a mahout had visited the place for treatment.

Under their supervision, efforts were made to lift the elephant with a hydra crane. However, the ailing Prema could not be able to stand and move. Even after administering a saline to the animal, the health condition did not improve. Finally, Prema died yesterday afternoon after battling for life.

According to reports, Prema was ailing since July this year. It was under treatment after developing some infection in its front toenail of left leg. Based on medical test report suggested by the technical and health committees, the veterinarians conducted a surgery to remove a tiny fungus tumor on July 23. However, the pus-filled wound did not heal for which its health condition deteriorated.

Prema was brought from the Vandalur Zoo in Chennai to Nandankanan Zoo in 2015 when it was 21 years old. With its death, the number of elephants in the zoo dropped to only 3 namely Basanti, Heera and Mama.

Google to run Meet on multiple platforms, including Zoom