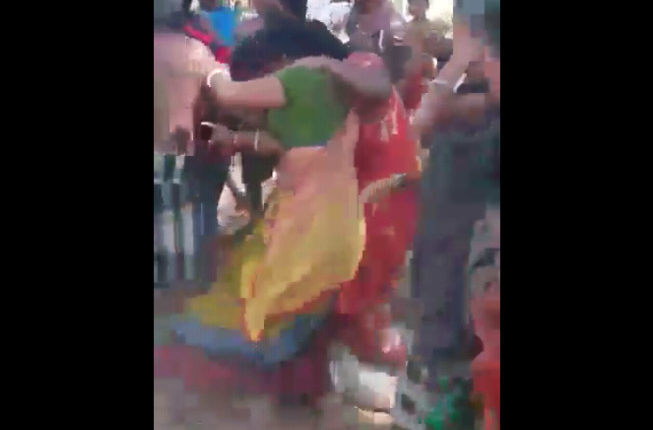 Kendrapara: In a shocking incident, an anganwadi worker was allegedly stripped and thrashed half-naked in full public view following an argument with locals over non-functioning of an anganwadi kitchen in a village in Odisha’s Kendrapara district.

The incident took place at Dahanigiri village under Rajkanika police limits in the district.

According to reports, the Dahanigiri anganwadi centre was closed for around 18 months following some disputes among the locals. The centre became functional last week only after police intervention.

However, the locals, who were upset over the closure of anganwadi centre gheraoed the anganwadi worker on Wednesday and questioned her about the food and money that was sanctioned during the 18-month period. The irate locals thrashed her when she told all the food items were distributed to some beneficiaries.

“I had distributed eggs to some of the beneficiaries in the village. However, some others led by one Ajay Behera came to the anganwadi centre and questioned me over the issue. Later, they beat me, tore my blouse and video recorded the act with mobile phones and then made them viral,” the anganwadi worker alleged.

Following this, she lodged a formal complaint at Rajkanika police station. “I demand immediate arrest of the accused and stringent action against him.”

Meanwhile, the police have launched an investigation into the incident.

Jio may have largest subscriber base by end of FY20: Expert