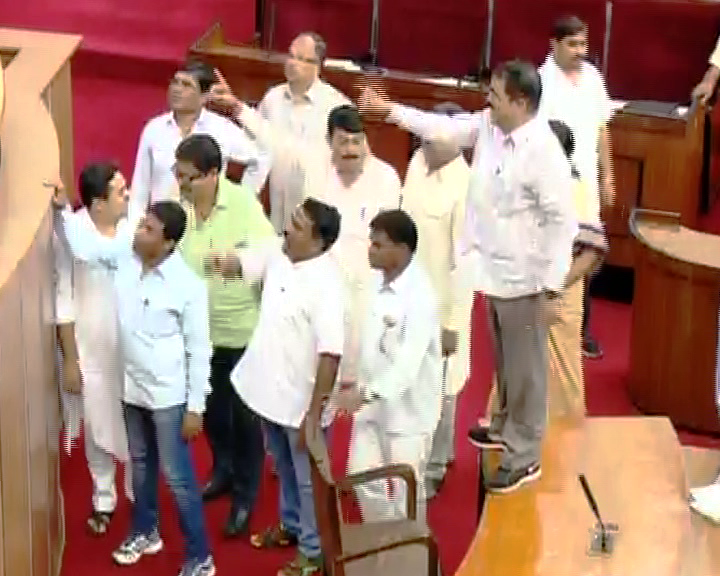 As soon as the House assembled for the day, Congress and BJP members rushed to the well of the house protesting Patnaik’s statement and shouted slogans.

Unable to run the House, Speaker Niranjan Pujari adjourned the Assembly till 3 PM.

Similar situation prevailed in the House after it reassembled forcing the Speaker to adjourn the Assembly first for 15 minutes, then for 30 minutes and again for another 30 minutes. Speaker Pujari also called for an all-party meeting to resolve the logjam.

Notably, the Chief Minister while taking part in the Mahanadi debate in the Assembly on Saturday had said that Odisha Government has said ‘no’ to the technical expert committee formed by the Union Government to look into the Mahanadi water sharing dispute with Chhattisgarh.

Explaining the move, Patnaik said that the state had to take the step after realizing that the committee will not be able to protect the interests of the state. Instead, the State Government will opt for administrative and legal routes, he added.