Odisha Assembly functions only four hours a day during sessions 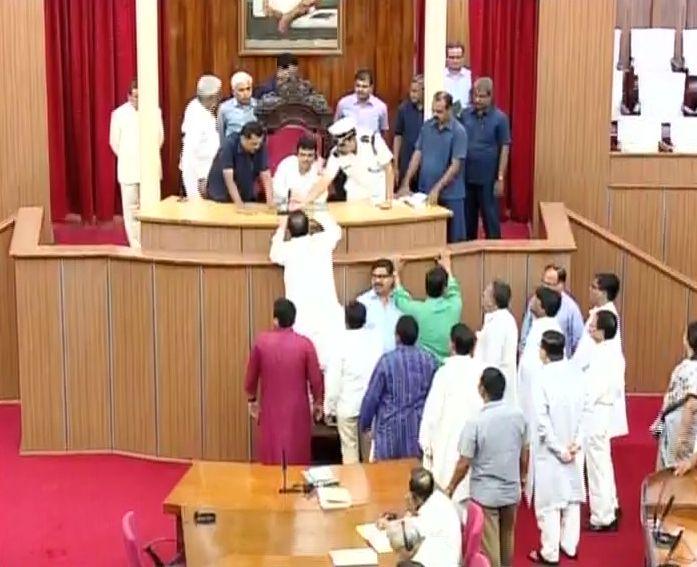 The fifteenth Odisha Legislative Assembly has been productive for only about four hours each day during the sessions, as per government data obtained through RTI.

According to the data furnished in the reply, the House functioned only for 78 hours while 94 hours were washed out in the most recent budget session (sixth session) of the Assembly. Out of the 34 total days planned, 27 days were consumed in the session held between March 15 and May 16 this year.

In the fifth session, the House worked only on 13 days out of the 21 days planned and consumed 73 hours while missing out on 13 more hours of business. The reason behind the lapse was explained as “interruption”.

In the fourth session, even though the House consumed all 11 days planned, it functioned for only 23 hours against the 39 hours scheduled. The reason behind the lapse was again explained as “interruption”.

Overall, six sessions of the fifteenth Assembly has been conducted while the seventh session (Monsoon Session) is currently on. The first two days of the current session has seen more adjournments and little action so far.

Explaining the loss of productivity, Leader of BJP Legislature Party in Odisha Assembly KV Singh Deo accused, “The sitting government is solely responsible for us not being able to do our duty as elected representatives. They do not want to do anything”.

“This government is an incompetent one. They themselves are not letting the House function to escape their failures and mismanagement of affairs. This is shameful and condemnable,” said Congress Chief Whip in the Assembly Tara Prasad Bahinipati.

BJD Spokesperson Sashi Bhusan Behera, while squarely ignoring the allegations levelled by the opposition, explained how his party tries to uphold the parliamentary traditions.

“The decline of parliamentary traditions will certainly not go well with the public. They will never approve it. Biju Janata Dal has always kept a vigil over this issue and always tries to ensure that the attendance in the Assembly remains at par,” said Behera.

Odisha gears up to commemorate 200 years of ‘Paika Rebellion’