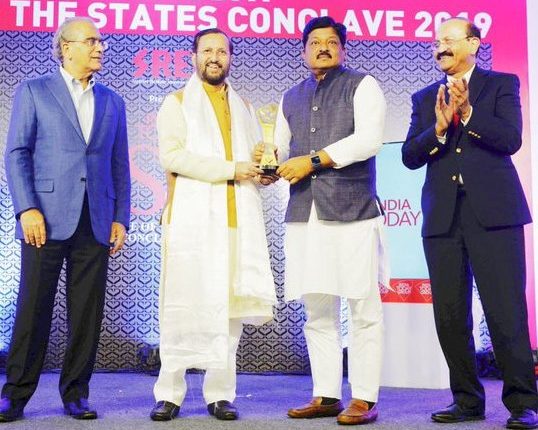 Bhubaneswar: Odisha has been adjudged as the ‘Most Improved State for Cleanliness’ by the  India Today Group.

On behalf of Hon’ble CM Shri Naveen Patnaik, attended India Today’s State of the States conclave at Delhi where Odisha was awarded as the ‘Most Improved State for Cleanliness’ by Shri @PrakashJavdekar ji. This meeting was attended by Hon’ble CMs and Ministers of all states. pic.twitter.com/ODSHmGYYwH

“Odisha is setting national benchmarks under the leadership of Chief Minister Naveen Patnaik. The award will encourage us in making the state cleaner and greener,” Jena said on the occasion.