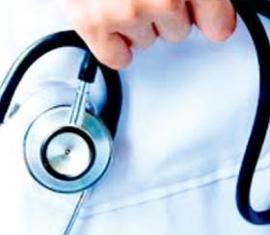 Bhubaneswar: Odisha has been awarded again at the national level for delivering quality public healthcare services. The Union Health and Family Welfare Department today gave an award to Odisha for providing best outpatient services in the country.

Odisha has bagged ‘Geospatial World Excellence Award-2018’ and award for ‘ease of living’ under Atal Mission for Rejuvenation and Urban Transformation (AMRUT) scheme.

This was announced during the 5th National Summit on “Good & Replicable Practices & Innovations in Public Health Care Systems in India” at Kaziranga, Assam today. The event was inaugurated by JP Nadda, Union Minister of Health and Family Welfare in the presence of Sarbananda Sonowal, Chief Minister of Assam.

A coffee table book with brief description of all practices and products selected for dissemination in the summit, along with contact details for further information, is released and later uploaded on the National Health Innovation portal for public information.

The Ministry of Health & Family Welfare Department has issued the certificate of merits for the best performing states.

Awards for best performance in National Programme for Prevention and Control of Cancer, Diabetes, Cardiovascular Diseases and Stroke (NPCDCS), were given to Haryana and Himachal Pradesh.

The programme is slated to conclude on November 1