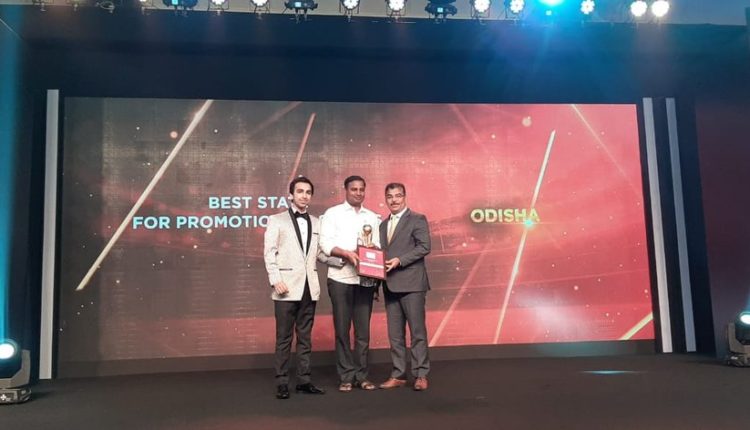 Bhubaneswar: Odisha won the ‘Best State for Promotion of Sports’ award for the second time in a row at the Sportstar ACES Awards in Mumbai yesterday. Odisha Sports minister Tusharkanti Behera received the award on behalf of the state.

“It adds another feather to Odisha’s cap and strengthens our resolve to transform Odisha into a global sports hub,” tweeted Odisha Chief Minister Naveen Patnaik over the feat.

The Indian Test team won the ‘Team of the Year’ award at Sportstar ACES Awards. In 2019, Virat Kohli-led side created history by winning their first Test series Down Under in 71 years and are currently ranked number one in ICC rankings. Indian team batting coach Vikram Rathour received the award on behalf of the team by BCCI President Sourav Ganguly.

The awards, that ran from 1994 to 2003 in their first stint, were re-instituted as Sportstar celebrated its 40th birthday in 2018. The awards jury consisted of sporting legends Sunil Gavaskar, Viswanathan Anand, M. M. Somaya, Aparna Popat, Anjali Bhagwat, and N. Ram, Chairman of the Hindu Group publishing.

‘Tanhaji’ gets tax exemption in UP