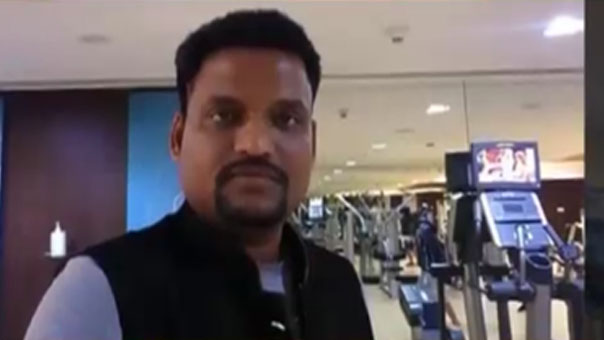 Bhubaneswar: Manas Ranjan Das, a veterinary doctor and businessman from Odisha capital, who was allegedly kidnapped in Jharkhand in August, has been released on Tuesday by the kidnappers.

This was informed to media by Das’s wife Honey Dutta this evening.

“We received a call from Patna police this afternoon and they said that the abductors released him (Manas) somewhere on Patna outskirts,” said Dutta adding her husband is in the safe custody of Patna police.

But, It is yet to be known whether the family of the businessman has paid any ransom as the kidnapper had demanded Rs 50 lakh to release Das.

Notably, 41-year-old Das, a resident of Chandrasekharpur area here, has been running a poultry feed processing unit at Hajipur in Bihar for the past ten years. On August 17, he had left Bhubaneswar towards Jharkhand where also he operates the same business.

He was kidnapped while returning to Bhubaneswar in his car on August 23.

Sakuntala, mother of the businessman, had recently given an application to Chief Minister Naveen Patnaik, seeking his intervention for her son’s rescue.