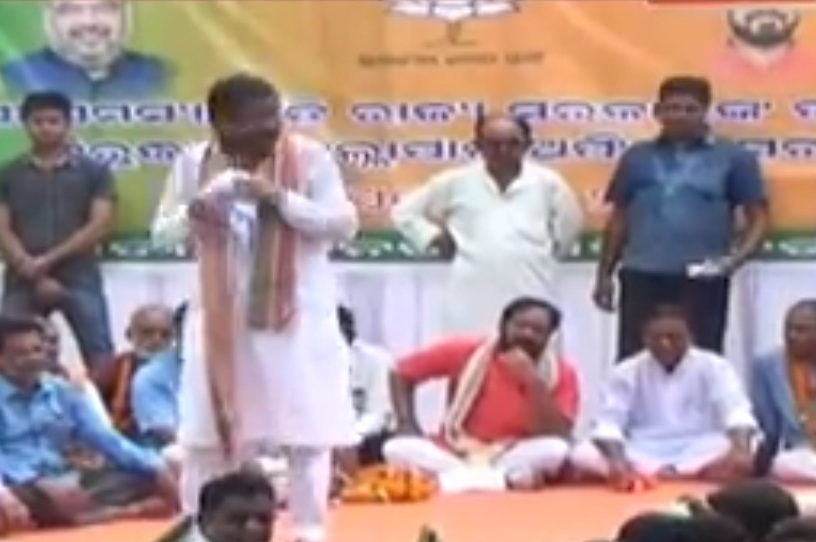 Odisha unit of BJP today took out a rally in Bargarh to protest against the faulty paddy procurement policy of the State Government and demanded a CBI enquiry into the irregularities committed in procurement last year.

Led by Odisha BJP President Basant Panda and national Secretary Suresh Pujari, hundreds of party supporters and farmers took out a rally from the High school field of Bargarh and gheraoed the office of the district collector. Later, they submitted a memorandum to the Collector alleging that the CAG report makes it clear that there have been irregularities in paddy procurement.

Apart from the CBI enquiry, the party demanded faster distribution of input subsidy, crop insurance and bonus of Rs100 per quintal paddy procured.

Biju Janata Dal, on the other hand, said that the government has not been able to distribute insurance as they are yet to receive necessary funds from the Center.

“The statement of the BJP leader is unfortunate. The Union Government is supposed to provide the insurance money. They are yet to release the funds to the State Government. Secondly, the input subsidy has already been transferred to the district collectors. Necessary steps are being taken to disburse that amount,” said BJD MLA and Spokesperson Dibya Shankar Mishra.

In a related development, a similar farmers’ rally was led by Odisha BJP Secretary Lekhasri Samantsinghar in Boudh where the activists submitted a memorandum to the district collector seeking fulfilment of their 12 point charter of demands that included support for the farmers’ families in education and healthcare among others.

Odisha wakes up to road safety