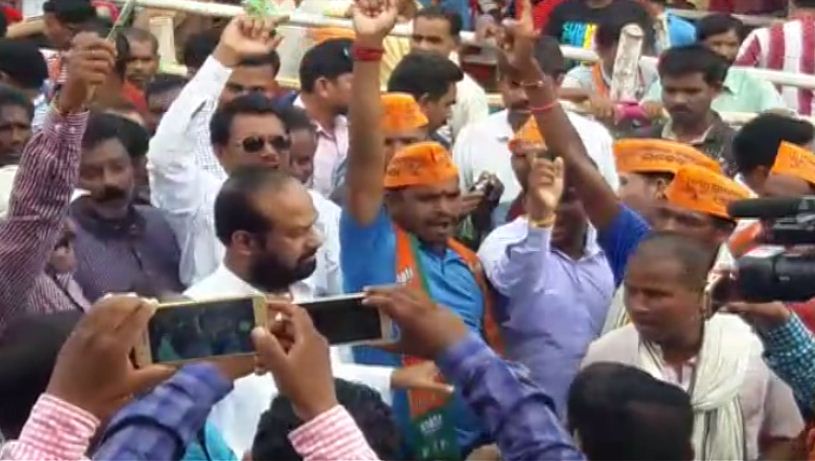 Bhubaneswar: Much on expected lines, the Odisha unit Bharatiya Janata Party (BJP) late this evening announced Ashok Panigrahi as its nominee for Bijepur bypoll to be held later next month.

This comes two days after Biju Janata Dal (BJD) candidate Rita Sahu, widow of Subal Sahu, met party supremo and Chief Minister Naveen Patnaik at his residence here following which she announced that she would file her nomination papers on February 5.

The announcement was made by BJP Central Election Committee Secretary JP Nadda.

According to party sources, the official candidate would file his nomination papers on February 2.

Panigrahi, a rebel BJD leader, had switched sides in October last year and had joined the saffron party along with his supporters at a ‘Mishran Parv’ in the presence of Union Petroleum and Gas Minister Dharmendra Pradhan and Union Tribal Affairs Minister Jual Oram.

Panigrahi’s inclusion had triggered resentment within the party, with local leader Narayan Sahoo expressing his displeasure over the development.

On the other hand, the Opposition Congress is yet to announce its candidate for the assembly segment bypoll which was necessitated following the demise of Congress leader Subal Sahu.

The bypoll will be held on February 25.

Must watch: This video of Rourkela will leave you awestruck!