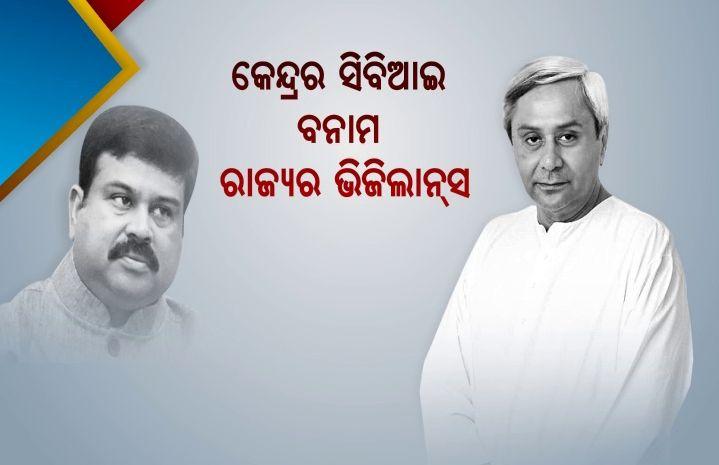 Hours after Odisha Vigilance teams carried out raids at several fuel stations of the state including a gas agency operated by the brother of Union Petroleum and Natural Gas Minister Dharmendra Pradhan, BJP raised doubts over the motive behind the raids.

Speaking to reporters, Odisha BJP General Secretary Prithiviraj Harichandan said, “The Government has done it (raids with malicious intent) before in many cases including the Prakash Mishra one. It is nothing new for them. We would like to state that the Vigilance should follow the rules and not come under pressure.”

Questioned if the raids were carried out to seek vengeance against CBI raids at houses of BJD leaders two days back, Maharathy retorted, “Don’t you know why the raids are being conducted? That could be one angle. As you sow, so shall you reap.”

He, however, was quick to add – almost in the same breath – that the raids will be carried out wherever there is irregularity.

Congress leader Sarat Rout, meanwhile, accused both BJD and BJP of “blatant misuse of power” over the Vigilance raids and the CBI raids two days back.

“We were checking oil measurement, quality, stock, and density. Besides, we are also taking samples of diesel, petrol and lubricants on sale for further verification. Our action will be based on the quality test report,” Vigilance DSP HN Pati said explaining the raids.

Vigilance DG RP Singh issued a statement later in the day as the controversy raged on over the raid at the Soumendra Pradhan’s gas agency – which happens to be the only gas agency in the state to be covered under the raids today.

In his statement, Singh ruled out political motive behind the raids. He further added that the raids were carried out based on earlier complaints and allegations of adulteration.

17 dead, many missing as overcrowded boat sinks in Ganga near Patna