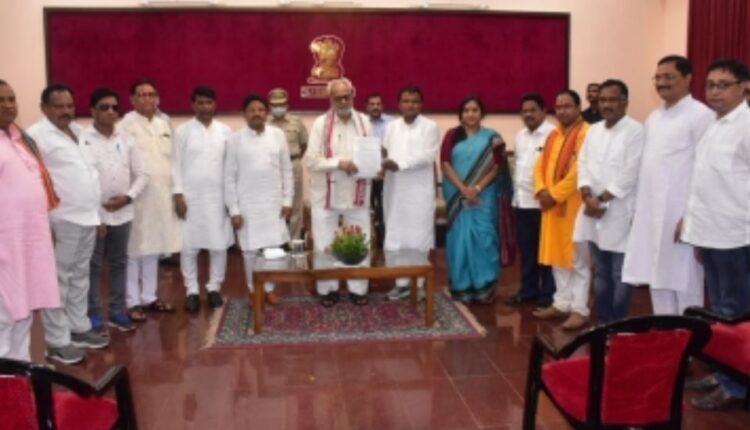 Speaking to media persons after meeting the Governor, Majhi said: “It is unfortunate that Opposition MLAs neither get respect nor feel safe under Naveen Patnaik government. The BDO called Panigrahi to five different villages to meet him and later, misbehaved with him. When the MLA lodged an FIR, the police did not take any action. However, unfortunately, the police arrested Panigrahi acting on BDO’s FIR filed three hours later.”

Alleging ‘officer raj’ is prevailing in the state, Majhi said no respect is being given to the elected public representatives.

“Though several incidents of attack on BJP legislators have been reported in the recent past, no action has been taken against the culprits. However, Panigrahi, who had not assaulted the BDO, has been arrested without proper investigation,” alleged the BJP legislator.

He demanded arrest of the BDO for violating Book Circular 47 (a circular issued by Odisha government on observance of relationship between MP/MLAs and government servants).

In the memorandum, the BJP leaders said: “Book Circular 47 is not being implemented in the field and the officers are very carelessly dealing with the MPs and state legislatures. It is seen that some officers are daring to ignore the Book circular- 47 at large for which MPs and MLAs are feeling humiliated.”

They requested the Governor to instruct the state government to direct all the public servants to follow the Book Circular- 47 leaf and bound for a conducive and congenial atmosphere between public servants and MPs /MLAs.

Another Odisha MLA in soup after woman files harassment complaint

BJP fields Radharani Panda as its candidate for…