Odisha: Bodies of 2 young sisters who had ‘jumped’ into river recovered 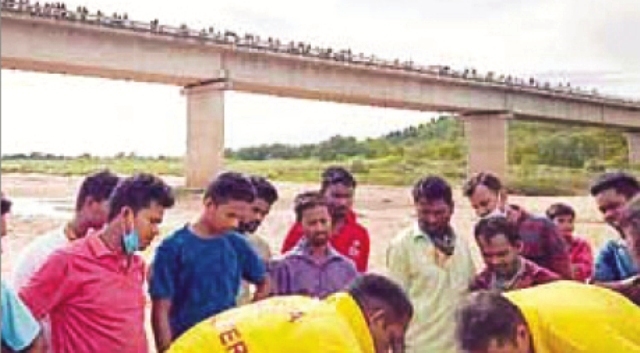 Balangir: Bodies of the two young sisters, who had reportedly jumped into Tel River under Tushura police limits in Balangir district two days ago, were recovered from rivers in separates districts today.

This morning, the body of Anchal Agarwal (21) was found on river banks at Badatenda village  under Tarava police limits in Sonepur district.

Later in the day, body of  her elder sister Anmol (25) was recovered from Mahanadi river in Janhapanka area of Boudh district. A few locals of Janhapanka spotted the body floating in the river and immediately informed police. A firefighting team reached the spot and fished out the body from Kaudiatola Ghat. Janhapanka police outpost in-charge Mamata Hembram also visited the spot for further inquiry.

On October 15, Anchal and Anmol, daughters of of Ramtar Agarwal of Gudbhela village in Balanagir district, went out on a scooter telling their parents  that they will be visiting Tushura area. When they did not return to the house till late, the family members informed the police.

Later, police found their scooter and sandals from Tel river bridge. Soon after, fire brigade staff were pressed into service but could not trace the two young girls in the water.