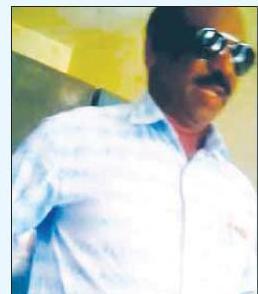 Bolangir: District collector Arindam Dakua today recommended action against a Junior Engineer (JE) who was caught on camera while accepting bribe for clearing a pending bill.

The Collector confirmed that the man in the video clip was Puintala block JE Satya Narayan Tripathy and he was allegedly taking bribe of Rs.10,000 to clear a pending bill of Rs. 1 lakh for construction of road in a village.

As per reports, the Sarpanch Jagyanseni Nag and ward member Ashwini Guru had built a concrete road under the central scheme in Machhipali village under Khaliapali panchayat. The JE did not clear their bill of Rs. 1 lakh despite numerous requests and allegedly demanded a Percentage Commission (PC) of 12 percent amounting to Rs. 12,000 of the total bill amount.

However, Guru could arrange for only Rs. 10.000. While handing over a wad of cash to Tripathy yesterday in the latter’s chamber on the premises block office, Guru recorded the video with the help of a friend. The video featured the JE demanding Rs. 2000 more and accepting the bribe.

Notably, the district administration had begun an inquiry into the matter yesterday and initiated a departmental probe yesterday.