Odisha-born IIS officer takes over as head of PIB 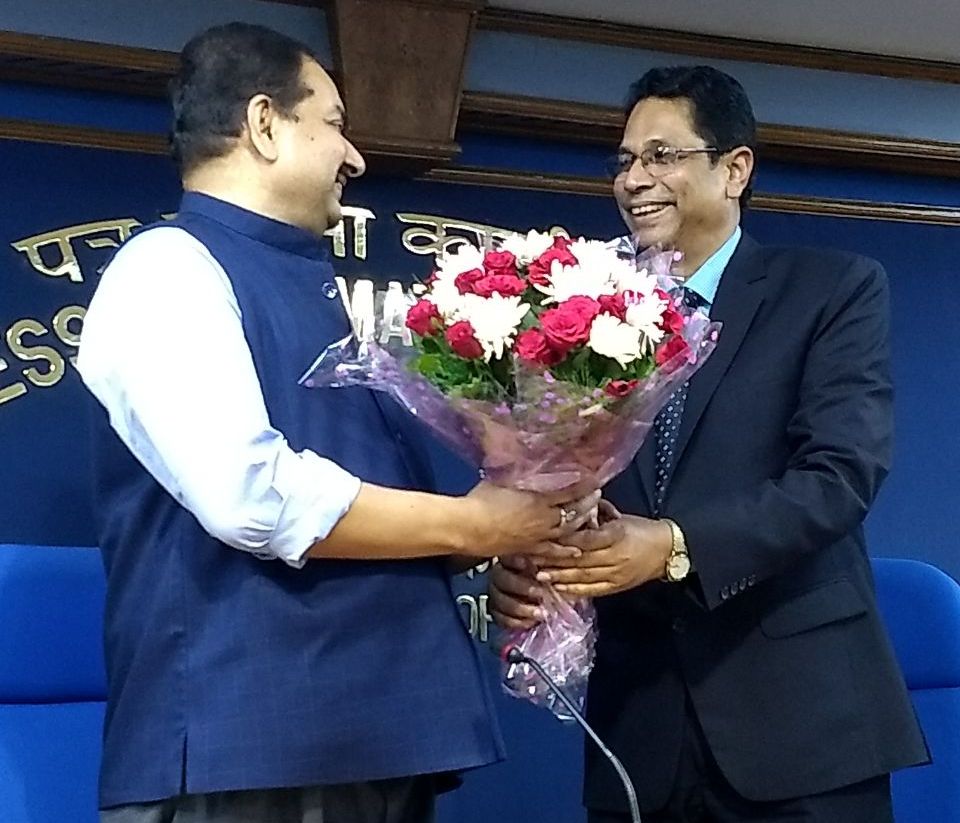 The 1983 batch officer took over the charge from Frank Noronha. A farewell function for the outgoing DG was held yesterday at the PIB head office here.

Several people from IIS association and several journalists congratulated Kar. Among others, Chairman of SNSMT Suparno Satpathy took to Twitter to congratulate the newly-appointed DG of PIB.

Prior to this, Kar, a selection grade officer of IIS Group A, was posted as Director General of All India Radio’s News Services Division (NSD) in New Delhi.

Worth mentioning, he was given additional charge as Director General (Media and Communications) of PIB while he was working as Principal Spokesperson of Defence Ministry. Besides, he also held the post of Director of Public Relations in the said Ministry.

Put Dakota on display in airport, not museum: Researcher to Odisha CM