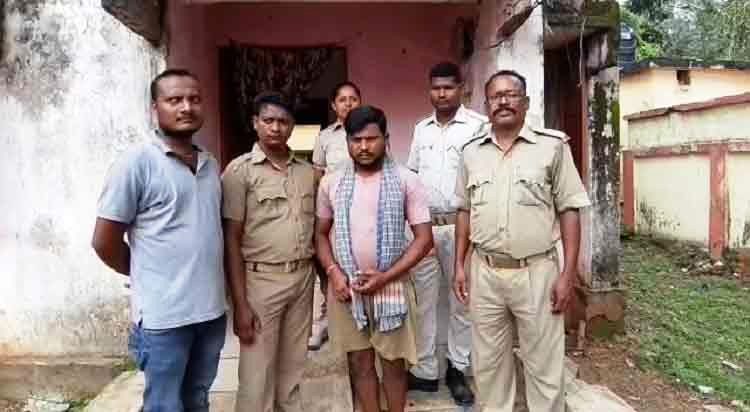 Balasore: Continuing its crackdown on drug smuggling, Balasore police arrested a person after seizing brown sugar worth over Rs 3.5 lakh from his possession in Ghatagharasahi in Nilagiri area of Balasore district today.

The accused has been identified as Muna Nath (32). Earlier, a complaint was lodged against him for brown sugar smuggling.

Today morning, a joint team of police and Central Excise Intelligence officials conducted a raid Rath’s house and seized 32 gram brown sugar from his possession. Muna used to procure the contraband item from Jaleswar area and sell the same in Nilagiri, said an Excise official.

“We had been hunting for the drug peddler for the last 15 days. Finally, we nabbed him today. Drug smugglers are actively operating in areas like Nilagiri and Jaleswar. The anti-drug operation will continue in coming days,” said Jagdish Chandra Samal, Central Excise Intelligence Inspector, Cuttack.