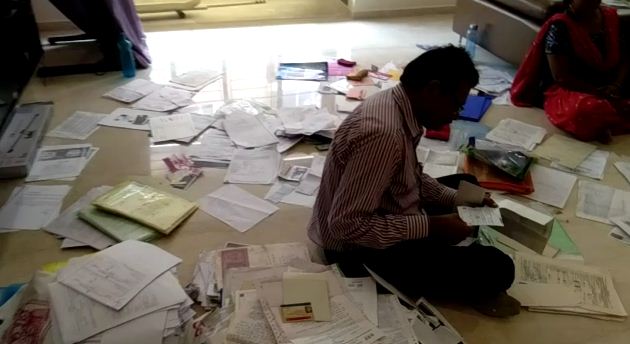 Properties worth Rs 3.94 crore have been attached under Prevention of Money Laundering Act (PMLA), 2002 in connection with a case registered against OFS Officer Nalini Prusty and OAS Officer Bijaya Ketan Sahoo (her husband) and others for assets disproportionate to their known source of income, the ED stated in a release today.

The law enforcement agency had initiated money laundering investigation on the basis of FIR dated August 30, 2018, registered at the Vigilance Police Station, Cuttack, under section 13(2) r/w 13(1)(b) of the Prevention of Corruption (Amendment) Act, 2018, against Nalini Prusty, her husband Bijaya Ketan Sahoo and others for possession of disproportionate assets worth Rs 5.05 crore.

The investigation revealed that Nalini Prusty and Bijaya Ketan Sahoo had invested their unaccounted money in acquiring various properties and bank investments in their name and in the name of the OFS Officer’s mother Debaki Prusty.

In 2018, Odisha Vigilance had arrested Odisha Finance Service (OFS) officer Nalini Prusty and her husband on charges of possessing movable and immovable properties disproportionate to known sources of their income.

During raids at several places, the anti-corruption sleuths had unearthed assets worth whopping Rs 6.87 crore allegedly possessed by the then Financial Adviser-cum-Chief Accounts Officer of Odisha Primary Education Programme Authority (OPEPA), Nalini Prusty and her husband Bijay Ketan Sahoo, who was the Chhatrapur Tehsildar.

A month later of their arrest, the mother of Nalini Prusty, Debaki Prusty died by suicide by jumping off the terrace of an apartment at Jaydev Vihar in Bhubaneswar.

A suicide note was recovered from the flat in which Debaki had reportedly urged her husband to take care of their grandson who is staying abroad. She had mentioned about financial hardships in the note.