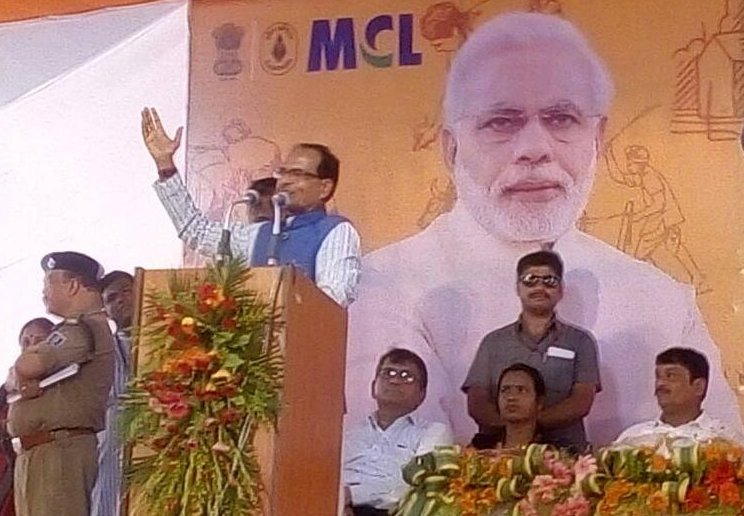 Bhubaneswar: Madhya Pradesh Chief Minister Shivraj Singh Chouhan on Saturday said prosperity or development is not possible in Odisha as long as Biju Janata Dal (BJD) is in power.

“Prime Minister Narendra Modi is committed for ‘sabka saath, sabka vikas’. But there can’t be development of all till BJD is in power,” said Chouhan while addressing a meeting during a Sabka Saath, Sabka Vikas programme in Bargarh district.

He said a huge fund is being released to the state from Centre apart from Rs 400 crore per month towards the Re 1 per kg rice scheme.

“However, the central schemes are not implemented deliberately in the state apprehending that the popularity of BJP may increase with the faster implementation of the schemes. That is why they never implement the schemes with sincerity,” he added.

“Madhya Pradesh CM Shivraj Singh Chouhan’s statement is very unfortunate. He should rather concentrate on his own state where his government is killing innocent farmers,” said state Cooperation Minister Surya Narayan Patro.

“The Chief Minister should clarify why farmers in Madhya Pradesh are either committing suicide on a regular basis or get killed by their state government,” said state unit chief Prasad Harichandan.

He said several Union Ministers are visiting Odisha in name of “Sab Ka Saath, Sab Ka Vikas”, but are unable to address real issues of the state. (IANS)