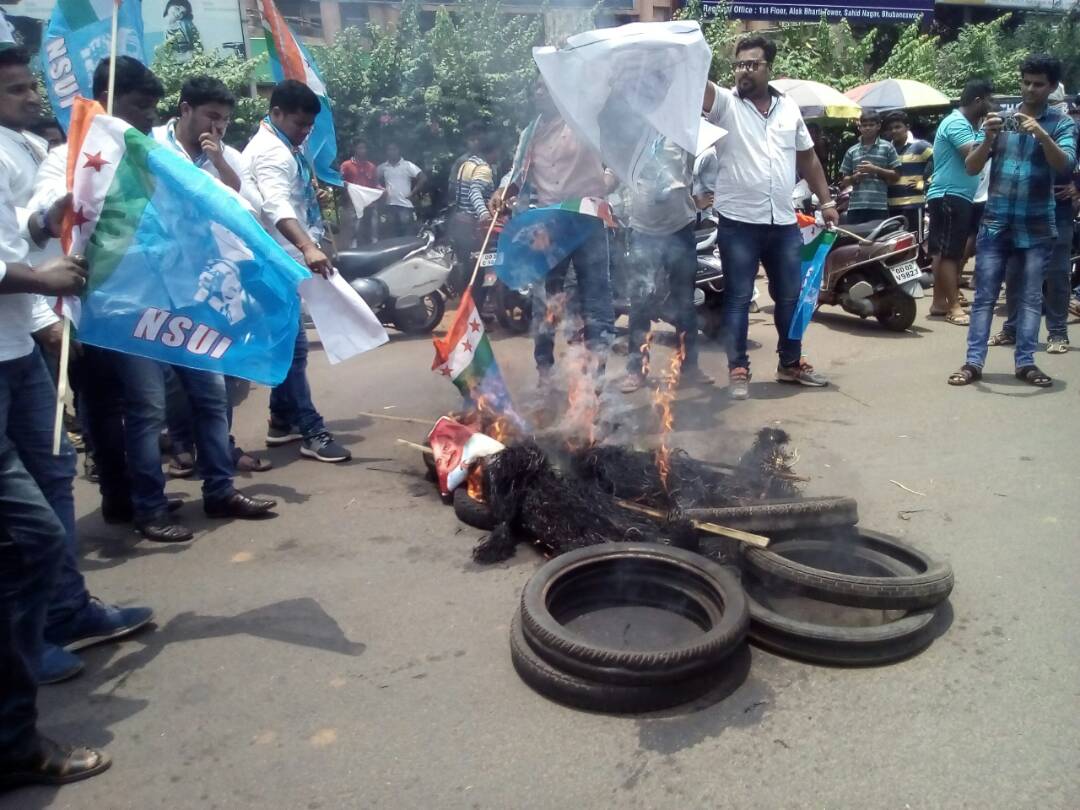 Agitation over discrepancies in the publication of CBSE Class-XII results in Odisha intensified today as Biju Chhatra Janata Dal (BCJD) and National Students’ Union of India (NSUI) members staged protest in front of the regional office of CBSE at Saheed Nagar here.

A scuffle ensued between BCJD members and policemen when the former tried to forcibly enter the office and the cops stopped them.

“The central government is responsible for the goof up in the results. The officials should be held accountable for playing with the future of the students,” said state NSUI president Itish Pradhan.

On the other hand, the affected students and their parents continued with their sit-in dharna in front of the office today.

Meanwhile, the two CBSE officials– Controller of Examinations KK Choudhury and deputy secretary DK Goel– deputed by Union Human Resource Development Minister Prakash Javadekar to sort out the issue arrived in Bhubaneswar and held discussion with the officials of the regional office.

“As many as 10 teams will be formed at 10 regional centres to consider the students’ problems,” the Controller of Examinations said.

“The issue will be resolved in 15 days. However, there is no option of re-evaluation of answer sheets this year. Only photocopies of answer sheets can be provided to the students,” said CBSE Bhubaneswar Zone assistant secretary Jagabandhu Pradhan.

Worth mentioning, results of some students in Bhubaneswar zone of the board have been kept withheld.