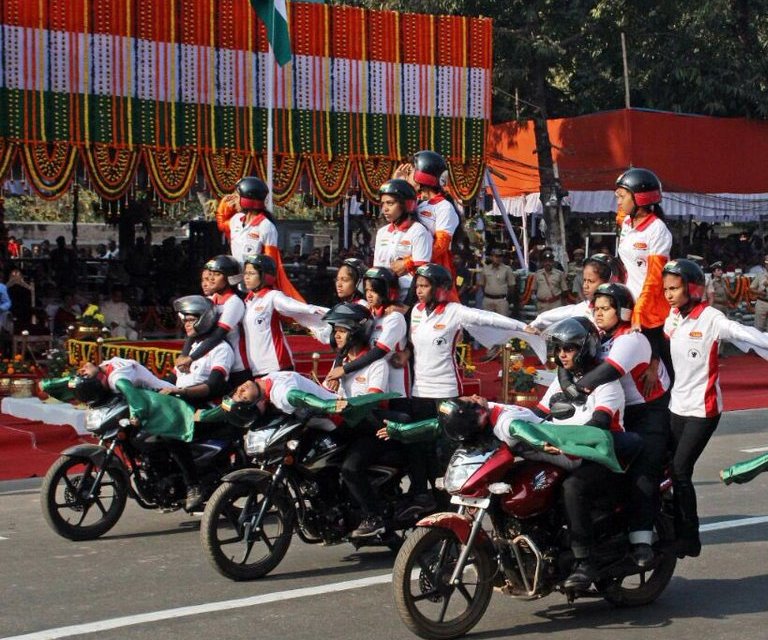 The 68th Republic Day was celebrated today across Odisha with gaiety. While Governor SC Jamir unfurled the Tricolour and took the salute at Mahatma Gandhi Marg during the state-level parade in the capital city, Chief Minister Naveen Patnaik hoisted the national flag at the Barabati stadium in Cuttack.

Moving the legs and hands in perfect synchronisation with the beating drums and massed pipes, personnel of state police, Bharat Scouts and Guide members and students from city-based schools participated in the parade. Besides, school children donning colorful costumes reverberated the atmosphere with spectacular cultural performances. The daredevil act by the students of Maharshi College of Natural Law was a treat for the eyes of the spectators.

The Twin City Commissionerate police made elaborate security arrangements for the smooth and incident-free passage of the event at Mahatma Gandhi Marg.

As many as 30 platoons of security personnel and two special tactical units of SOG were deployed in the city. Besides, advanced metal detectors were installed at entry points of the parade venue.

The Republic Day celebrations were also held at all the district headquarters in Odisha.