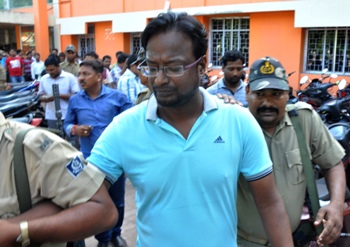 In ongoing probe into multi-crore chit fund scam in Odisha, the Serious Fraud Investigation Office (SFIO) has registered a fresh case against all the five directors of Artha Tatwa (AT) group including CMD Pradeep Sethy.

“We are investigating the irregularities occurred in the financial transactions that violated the Company Act guidelines. The cooperative agency had favoured the AT group for registration. We will interrogate the cooperative officials soon”, said Sahoo.

Similarly, the SFIO will also investigate the AT group’s involvement in money laundering case. The agency will also probe how much amount collected by AT from the depositors and expenditure made by the Company.

Notably, the agency had earlier grilled Sethy and four other directors — Jyoti Prakash Patnaik, Srikrushna Padhi, Deepak Parekh and Manoj Patnaik — at Jharpada jail in connection with the massive ponzi scam. AT Group was a major player in the mega chit fund scam in Odisha. All the five are currently lodged in jail.

The Special CBI Court in Bhubaneswar has directed the SFIO to interrogate the five accused and submit a report within a month.

Meanwhile, in the wake of Sethy’s statement to media, the Commissionerate Police has appealed the court to produce him through a video conferencing.

Earlier, two police officials were suspended for failing to prevent Sethy from speaking to media.