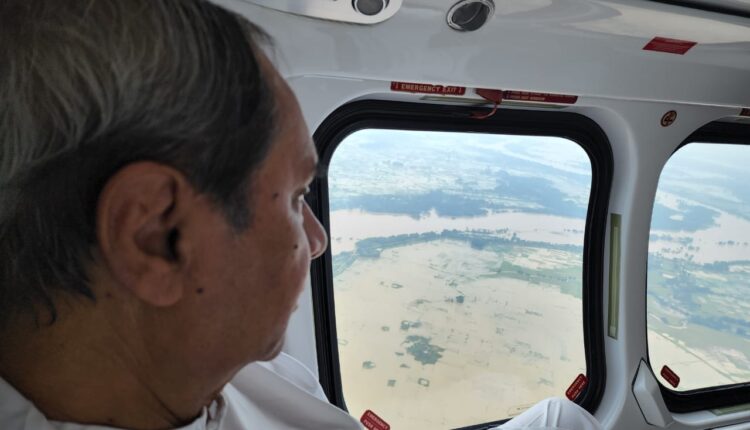 Bhubaneswar: Odisha Chief Minister Naveen Patnaik today conducted an aerial survey of flood-affected areas in the state in a helicopter and announced 15 days of relief for the people of five districts.

The relief will be provided to the residents of flood-hit villages of Khordha, Puri, Cuttack, Kendrapara and Jagatsinghpur districts.

The CM expressed concern over the fact that the flood has inundated many areas while farmlands and houses in large numbers have been affected.

Patnaik directed for expedition of relief work, provision of cooked food, healthcare service and drinking water supply in the affected areas. He also directed for providing fodder and treatment to cattle in the regions.

The CM has also announced 7 days of relief for the affected areas of Sambalpur, Bargarh, Sonepur, Boudh and Angul districts.

Patnaik instructed the district administrations to undertake damage assessment within 7 days of improvement in flood situation and provide relief assistance package within 15 days.