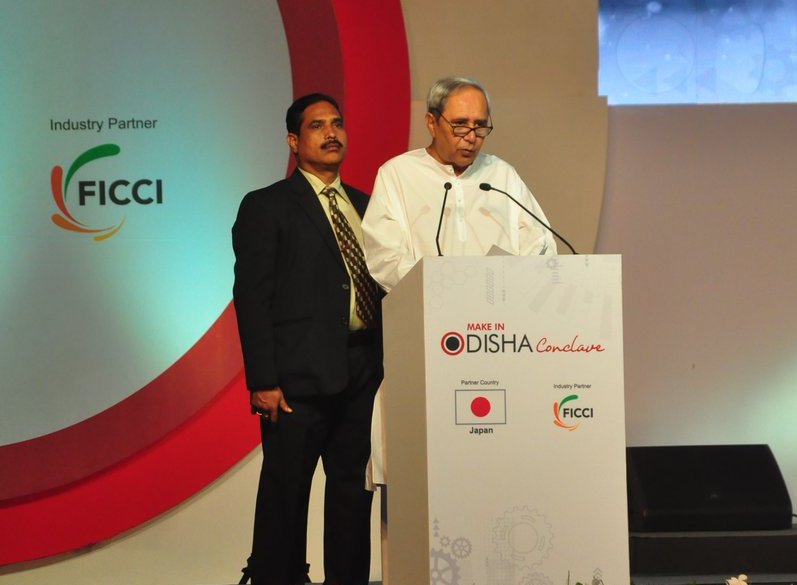 Bhubaneswar: Odisha Chief Minister Naveen Patnaik on Monday asked industrialists to plan a long-term strategy for investing in the state over the next 10 years.

“Dedicated teams will be appointed by my government to handhold the implementation of your long-term plans. I assure you of unmatched facilitation support,” the Chief Minister said while speaking at the second edition of the Make in Odisha Conclave.

He urged them to deliberate upon the vast opportunities that Odisha offers and to work together towards developing the state as a manufacturing hub of South Asia.

“Odisha is a leading state in terms of mineral production and processing. Odisha is, today, the aluminium capital of South Asia, accounting for well over half of the country’s production, and is also the steel hub of India, contributing to about a quarter of the nation’s steel production,” the Chief Minister said.

The state government has launched the Odisha Industrial Development Plan: Vision 2025 with a target of attracting investment of Rs 2.50 lakh crore and creation of 30 lakh job opportunities in six identified focus sectors by 2025.

A progressive Aerospace and Defence Manufacturing Policy has also been launched to capitalise on the competitive advantages of Odisha’s existing ecosystem to attract investment in this high potential sector.

Targeting port-led development, Patnaik said the government has been planning a chain of ports along the East Coast Economic Corridor.

“Apart from Paradip and Dhamra, we are developing deep-water ports at Subarnarekha and Gopalpur, a riverine port on Mahanadi river and a chain of 12 other non-major ports,” said the Chief Minister.

He also announced that a world-class infrastructure – an 18-storeyed World Skill Centre – has been built in Bhubaneswar.

The Centre will function as the centralised hub with all 71 Government ITIs as spokes for implementation of the Odisha Skill Development Project – an ambitious Rs 1,400 crore project.

More than 1 lakh people will be trained in the next 4 years under this project, according to Patnaik.

Since 2014-15, more than 2 lakh MSMEs have gone into production providing employment opportunities to over 6 lakh people, he said.

“We are setting up a greenfield Electronics Manufacturing Cluster and are also developing other facilities to provide an enabling environment to support electronics manufacturing and ICT industries.

“Odisha is the first State to rope in TiE, Silicon Valley, US, for investing in the ESDM and IT sector,” the Chief Minister said.