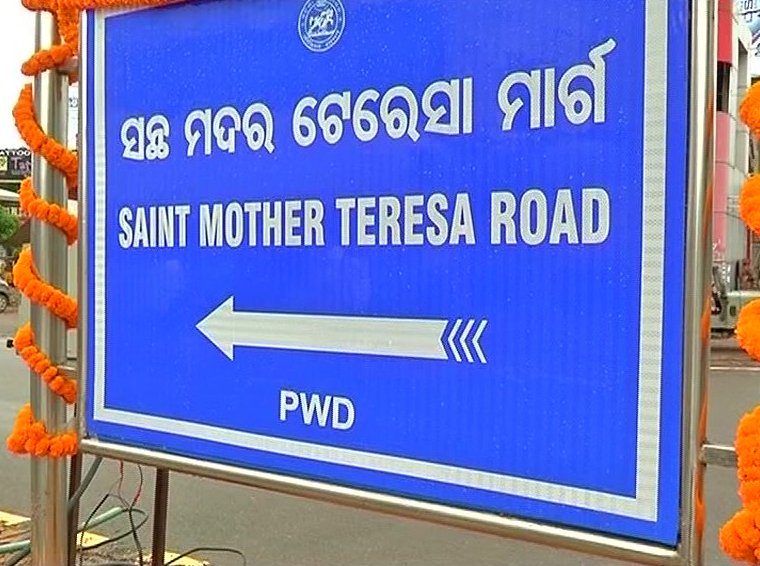 She arrived in India in 1929 and made this country her home to serve the poor, the diseased and the destitute. She came to Kolkata after listening to the ‘call within the call’. In 1950, she established missionaries of charity in Kolkata and since then her message of love, compassion and service have reached millions across the globe. Hundreds of centres around the world are now in the service of the poorest of the poor. She was an angel to the distressed and the diseased.

Patnaik said: All through her life Mother Teresa has served the unserved. She was the quintessence of compassion. She has got many awards from many countries including Bharat Ratna, Nobel Peace Prize and her beatification as ‘The Blessed’. And finally, the Sainthood comes to her today. But the awards and recognitions never mattered to her. As she herself has said and I quote, “If I ever become a Saint—I will surely be one of darkness. I will continually be absent from heaven—to light the light of those in darkness.”

So it is time for all of us to take a leaf from her book of compassion and service, and work for the poor and distressed. Let’s work for the dignity of every human being and the people around us, he added.

Notably, Odisha Catholic Bishops’ Council (OCBC) had requested the Bhubaneswar Municipal Corporation to name the landmark after her.

The Chairman of the Council Archbishop John Barwa of Cuttack-Bhubaneswar had urged the Corporation to name the road after the late missionary popularly known as the Blessed Teresa of Calcutta.