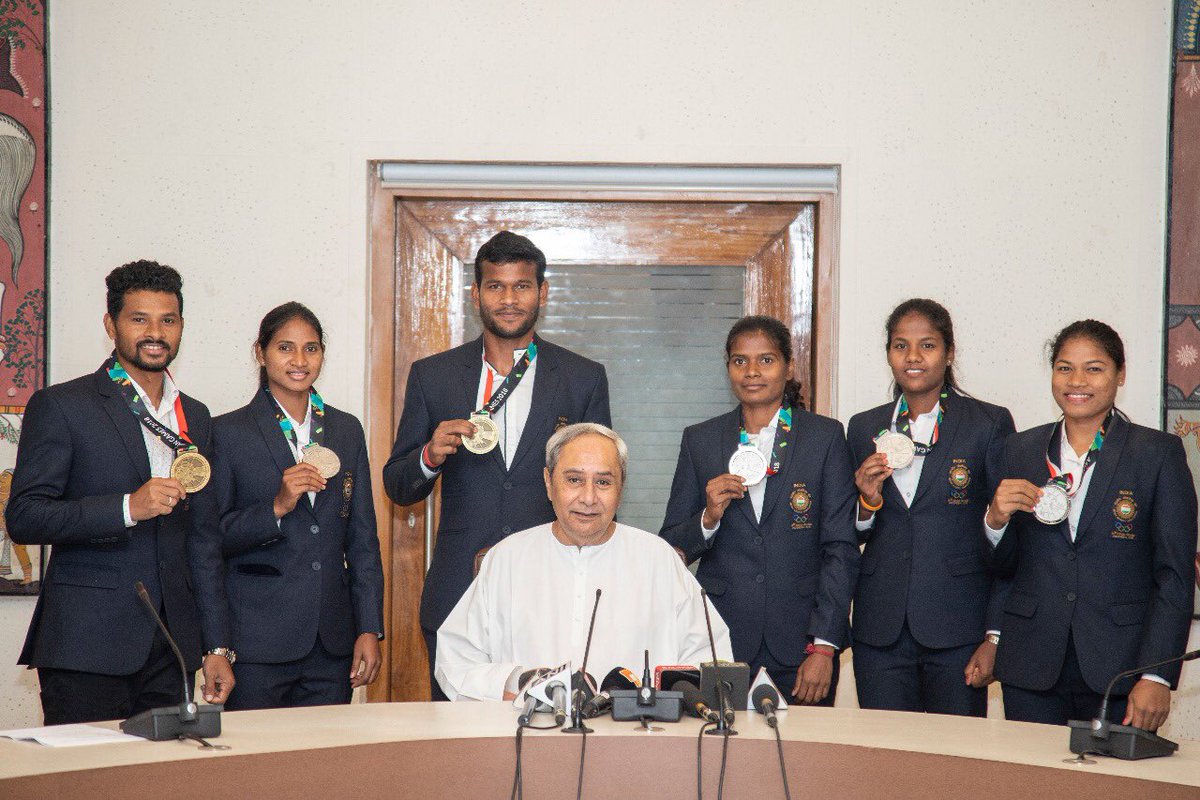 The Indian Women Hockey team has bagged a silver medal while men’s hockey team beat Pakistan by 2-1 to clinch a bronze at the Asian Games 2018 in Indonesia.

Besides, the CM also gave Rs 2 lakh each to Sunita Lakra and Amit Rohidas and Player of The Year Trophy-2017 as the two had bagged Biju Patnaik Sports Awards for 2017.

Similarly, athletes Jauna Murmu and Purnima Hembram, who had participated in the Asian Games also received Rs 7.50 lakh each from the CM.

Naveen felicitated all these sportspersons at a special function held in the State Secretariat this afternoon and assured his government will extend all kinds of support to them in future.

The cash awards were announced in recognition of the achievements of the players, an official statement issued from the Chief Minister’s Office had said.