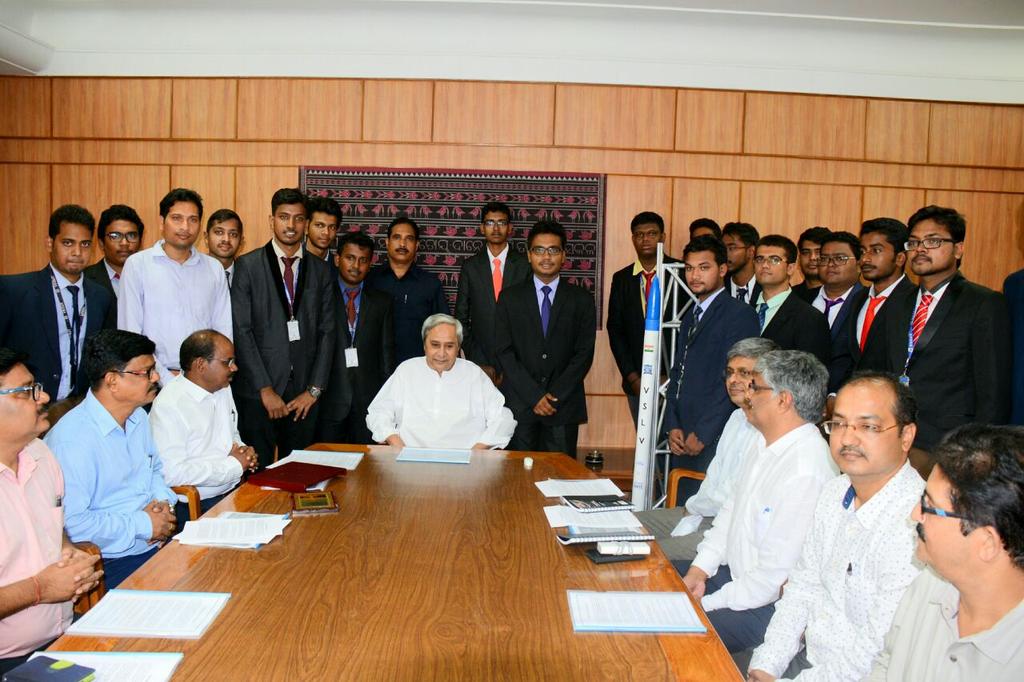 Bhubaneswar: The students of Veer Surendra Sai University of Technology (VSSUT) have made the state proud once again with their innovation for which Odisha Chief Minister Naveen Patnaik today felicitated the young talents for their accomplishment.

The VSSUT team launched their 3000 ft rocket VSLV 1.0 which bagged them the Best Innovation Award. The two-day event was held at New Delhi on August 26-27.

“After over one year of continuous and dedicated effort of the 20 membered team, the VSLV 1.0 was tested successfully at Hirakud. It was a great achievement and inspiration for the entire team,” team leader Bodhisattwa Sanghapriya said.

Patnaik awarded the team for their brilliance along with a prolonged assurance of support in future projects.

Worth mentioning, the team is looking to make a mark at the World Festival of Youth at Moscow.

The CM wished good fortune for the team’s further attempts and success.