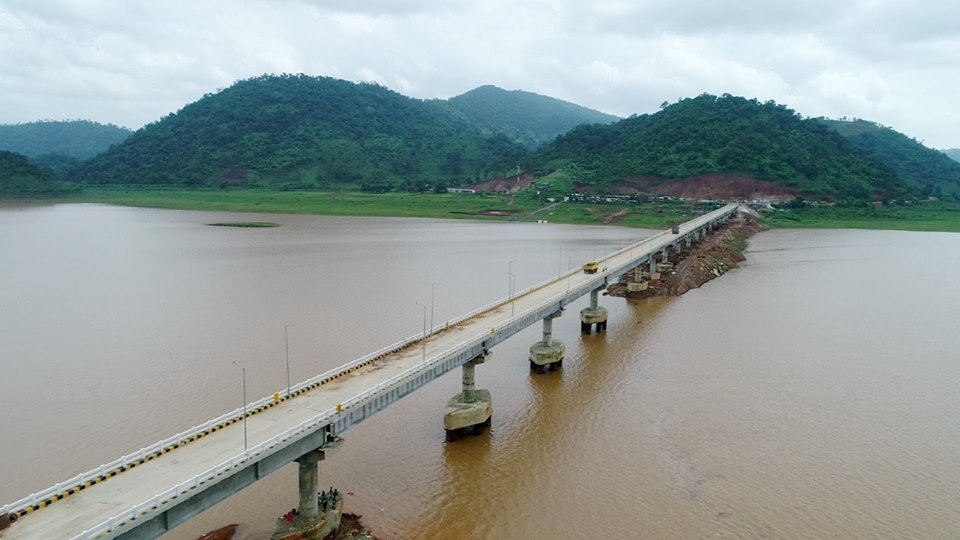 “It is not just a bridge, it will be the identity & Swabhiman of Malkangiri. I dedicate this special project to people of Odisha & India. At the core of development is connectivity. Gurupriya Setu is a national pride & symbolises peace, cooperation & progress. It is a testimony to our commitment to integrate all parts of Odisha to mainland & thereby to prosperity. It is our dream come true and is truly a Bridge Of Progress,” the CM said.

“I appeal to left wing extremists in the region to forsake violence and embrace progress that the bridge brings to the region,” Patnaik added.

Residents of as many as 151 villages will get road connectivity after inauguration of the 910-metre-long bridge.

Constructed at a cost of more than Rs 187 crore, the bridge is expected to put an end to the inconvenience faced by around 30,000 people of the villages who have been cut off from the mainland for nearly six decades.

The planning for construction of the bridge was started in 1986 but could not be executed due to remote location, inaccessibility, presence of Maoists and other factors. The work for bridge construction eventually started in 2014 in full swing and got completed within four years.

It is also expected that the bridge will help in expediting development process in the area in terms of health, education, economic activities, electrification and access to public services through improved connectivity.

This apart, the bridge will facilitate efforts for combating Maoist activities in the district.

The inauguration of the bridge was initially scheduled on July 18 but got postponed due to bad weather.