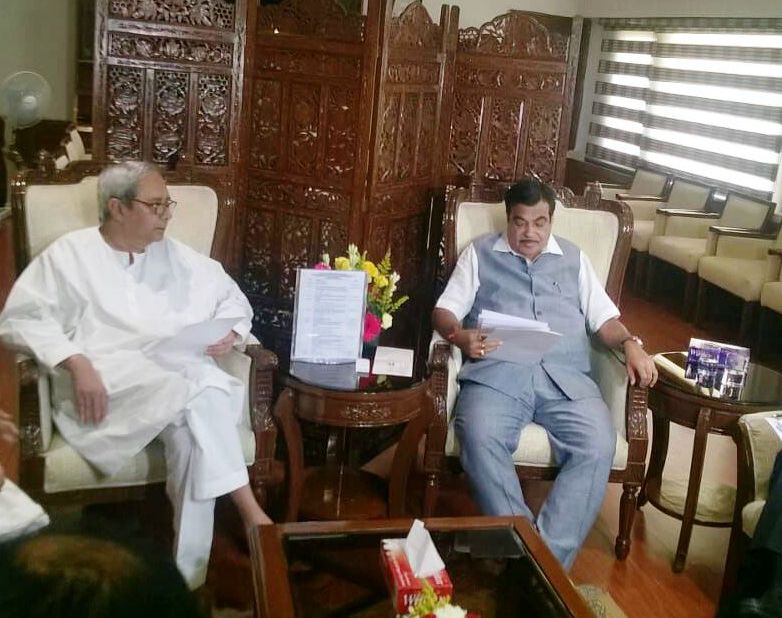 “I urged the minister (Nitin Gadkari) to finalise the tender processes and complete the pending critical works on National Highways in Odisha involving 6 stretches and road length upto 585 km,” Patnaik said after the meeting.

The CM also urged Gadkari for “construction of flyover at Khandagiri in Bhubaneswar and at Gohira Chhak leading to Infovalley-2 near Khordha on NH-16, to declare 12 roads having a length of 1193 km as NH approved by the Government of India in 2015-16 and 2016-17 and lastly to approve 30 eligible state roads of 2483 km length as new national highways as per proposals submitted in December, 2016.”

He said the construction of the flyover at Khandagiri was an acute necessity as several terrible road accidents had been reported at this congested junction.

Similarly, he said, construction of the flyover at Gohira Chhaka would address the serious problem of congestion but was yet to start.

Gadkari assured the Chief Minister that priority would be accorded to pending National Highway projects in Odisha and appropriate action, as required, relating to finalisation of tenders and completion of the works within time frame taken.

He assured Odisha’s proposal on 30 state roads would be considered favourably.