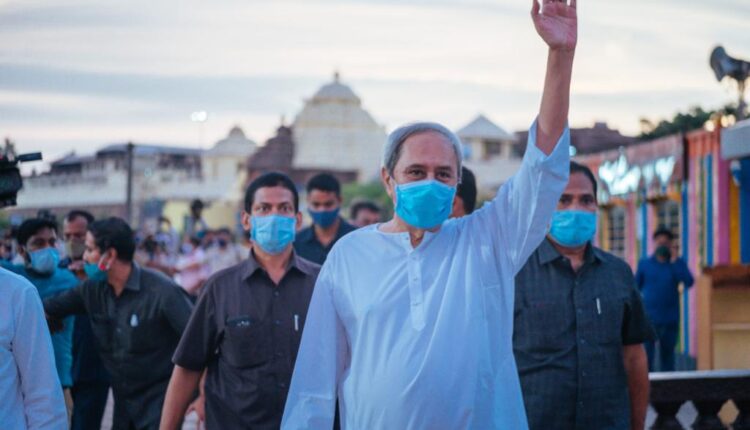 He reviewed in details all aspects of the Shree Jagannath Heritage Corridor. On the South East side, from erstwhile Emar Math site , he reviewed the arrangements that are being planned for Queue Management system.

He directed that devotees should be able to have hassle free entry through the Singha Dwara and adequate arrangements should be made for their comfort when devotees are waiting in Queue to go inside temple for Darshan of the deities.

Patnaik advised to use technology for ensuring safety and security so that arrangements made are not very obtrusive.

While reviewing from the southern side of the Meganand Paccheri, he advised to create tree shaded spaces so that Parikrama is comfortable with special emphasis on universal access.

The heritage corridor should be designed in such a manner that person with disabilities should be able to go around ‘Parikrama’ on their own.

While reviewing on the western side, he advised that no utilities like electric substation or control in master plan should be next to the Meghanath Paccheri. The present CESU control room will be suitably shifted.

For devotees coming from faraway places, adequate arrangements for keeping their belongings should be made, the CM directed.

While reviewing northern side, he advised to make adequate arrangements for serving Mahaprasad to large number of people at one go.

For elderly devotees, adequate arrangements for Electric Carts be made so that they don’t face any issue even if they are to park their vehicles at a distance

Also, he directed to complete the land acquisition process by January 1, 2021 and start of work on Shree Jagannath Heritage Corridor.

Chief Administrator of the Shree Jagannath Temple Administration (SJTA) Krishan Kumar informed that the CM reviewed different projects in the Puri City. The work will be completed in time under the guidance of the Chief Minister, Kumar added.

Among others, 5T Secretary VK Pandian, Puri Collector Balwant Singh and other senior officials were present in the review meeting.

Meanwhile, six members of Puri District Youth Congress Committee were detained by police after they showed black flags to the Chief Minister near Mausi Maa temple who was on his way to the Puri City. The Youth Congress members were opposing the alleged sale of the Bagala Dharmasala land.

On January 16, the Chief Minister had last visited the Shri Jagannath Temple. He had laid foundation for seven projects worth Rs 510 crore for beautification in the pilgrim city.