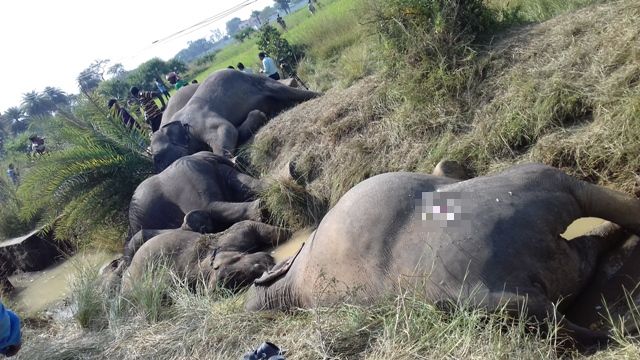 Bhubaneswar: Odisha Chief Minister Naveen Patnaik today ordered for a Crime Branch investigation into the incident of death of seven elephants due to electrocution in Dhenkanal district.

A five-member team of the agency led by Crime Branch DSP went to Dhenkanal today. It will submit a report to the state government after probe.

Patnaik also expressed grief over the death of the pachyderms. The CM has also directed the Crime Branch to take appropriate action in case of any criminal negligence.

The jumbos, including five female elephants and a calf, had died of electrocution after coming in contact with a live wire on the outskirts of Kamalanga village under Sadar Forest Range in Dhenkanal district late Friday night.

A herd of 13 jumbos was passing through the village in Sadar Forest Range when seven of them got electrocuted by a 11-KV line. In a press release, Principal Chief Conservator of Forests (PCCF) Sandip Tripathy said that the accident occurred due to non-rectification of the sagging lines and non-cabling of transmission lines.

Three officials each from Forest Department and Central Electricity Supply Unit (CESU) have been placed under suspension in connection with the incident.