BIG STORYFEATUREDODISHA LATEST
By chinmayee dash On May 7, 2017 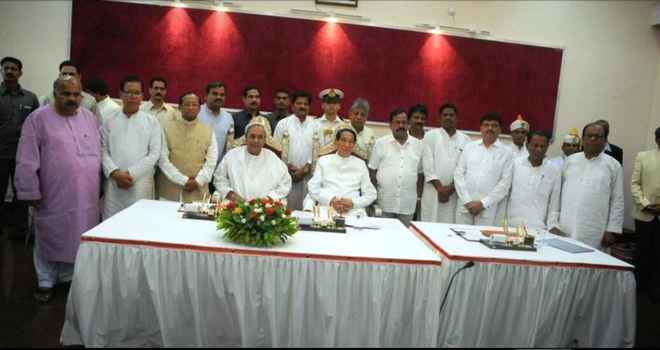 In a major reshuffle in Odisha government led by Naveen Patnaik, ten ministers were sworn-in at Raj Bhawan here today.

While six MLAs took oath as the cabinet ministers, four were appointed as the minister of state (MoS).

“I thank Patnaik for reposing faith in me. I will perform to best of my abilities for the betterment of the state,” said Niranjan Pujari, who became minister after quitting the Speaker post in the state assembly.

“I thank the Chief Minister and the people of Odisha for reposing faith in me. I will work with the guidance of Naveen Patnaik,” said Chandra Sarathi Behera.

The distribution of portfolios would be declared later in the day, said sources.

However, Bijay Nayak, who was scheduled to be sworn-in as the MoS, was dropped from the list at last minute.