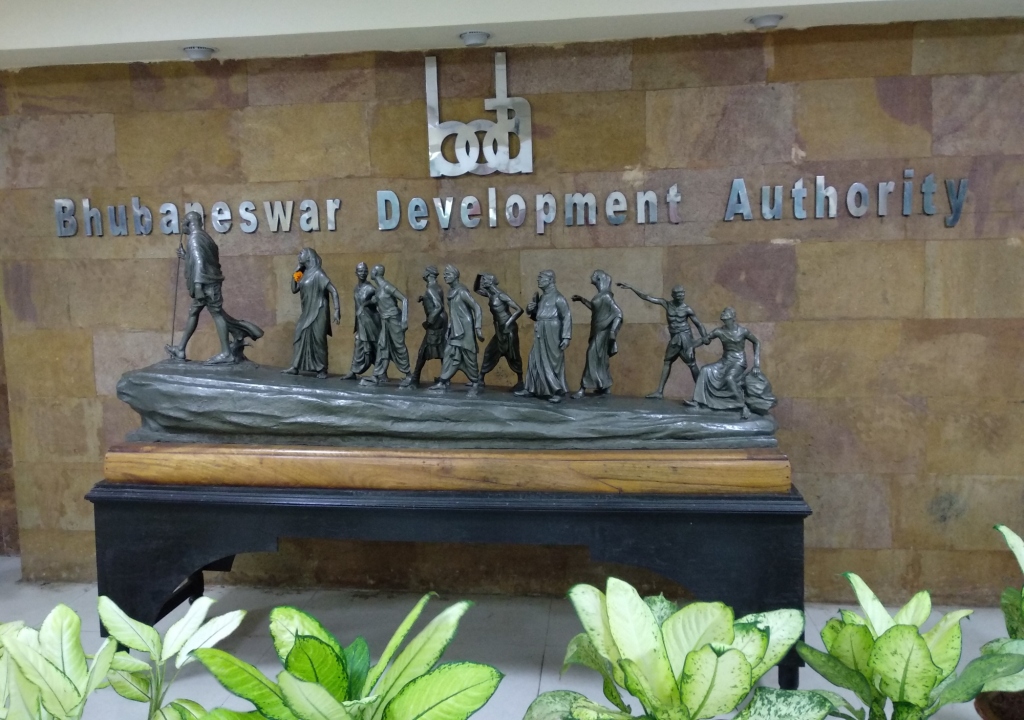 Bhubaneswar: The Development Plan and Building Plan (DPBP) Committee of the Bhubaneswar Development Authority (BDA) denied permission to a commercial complex in Rudrapur mouza under the city limits, yesterday, asking for compliance of proper drainage plan for the proposed structure.

It is the first case of denying building plan to a project, following the strict approval mechanism to be followed by the planning wings of BDA and Bhubaneswar Municipal Corporation (BMC), in order to contain water-logging and urban flooding within the Capital city limits.

The Basement+Ground+ three (B+G+3) storey commercial structures in Rudrapur mouza of Kesab Madhab Infrastructure Private Limited was proposed to be developed over an area of 1.030 acres with a total built up area of 10,191.24 square metres.

Meanwhile, during a field visit to Gauri Nagar Lane-1 the Team BMC today sought issuance of Stop Construction notice to the developer of a duplex apartment complex, as it was blocking storm water of the nearby areas. The notice would be effective till the drainage problem is solved, permanently.

The Enforcement Cell of BDA would also be asked to visit the spot and take measurements for identifying the deviations of structures in the Gouri Nagar area, resulting in blockage of the flow of storm water.

In the wake of severe water-logging in many low-lying areas including the ecologically sensitive zones (ESZ), BDA has come forward with a proposal to stop development activities in the areas if the project lacks proper drainage system in place.

It can be mentioned here that as the citizens are facing a difficult time due to incessant monsoon showers, 13 nodal officers of BMC are touring across the city to assess the difficulties including drainage issues in the localities. The names of the sub-zones include Info City, XIMB area, Vani Vihar, Kuakhai, Khandagiri, ISKCON area, OUAT, Biju Patnaik International Airport, Bhubaneswar Smart District, Sachivalaya Marg, Cuttack Road area, Kalpana area and Lingaraj area.

During review meetings the BMC-BDA officials have been asked to zero in on every encroachment over drains and drainage channels and take immediate action under the provisions of Odisha Municipal Corporation Act, 2003.

No to AG Office Proposal

In another development, the DPBP Committee yesterday denied approval to a building plan proposal from Accounts General Audit Office to build an S+6 (stilt+six) multi-storeyed office building over a revenue plot in Unit-V, Keshari Nagar Mouza as the said plot comes under Open Space Use Zone. The plot with an area of 0.95 acres in the heart of the city will have a total built up area of 6266.67 square metres from the six floors. The application was submitted for use of office purpose.

DPBP Committee is constituted to grant building plan approval in special cases under Section 6 of the Odisha Development Authority (ODA) Act, 1982. The development authority delegates powers in relation to approval of schemes, projects and building plans to the committee.