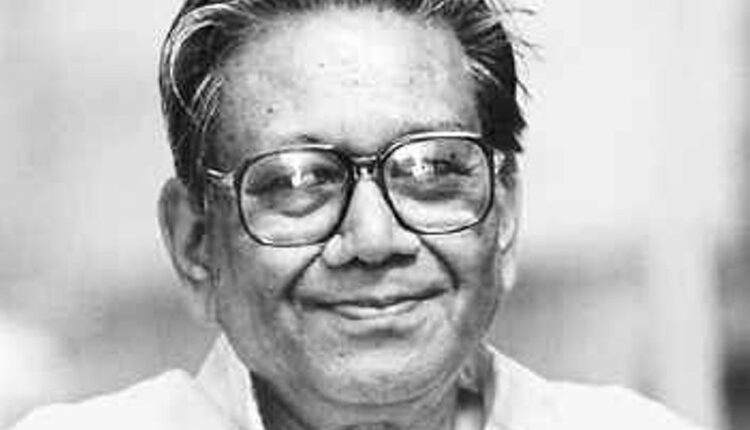 Bhubaneswar: As soon as news of the demise of Legendary Litterateur Manoj Das broke out today evening, condolences poured in from different quarters of life.

Odisha Governor Ganeshi Lal condoled the death of Eminent Writer and Thinker Manoj Das and conveyed his sympathy to Das’ family and readers.

“Das would continue to inspire generations through his timeless literary works,” mentioned the Governor in a tweet.

Chief Minister Naveen Patnaik expressed grief over the death and stated in a tweet, “Deeply saddened to know about the passing away of legendary litterateur #ManojDas. Shri Das has left an indelible mark in the field of literature with his vast variety of immortal works and left a void which can never be filled.”

Patnaik further stated, “The demise of the literary doyen is an irreparable loss to the world of Odia and English literature. My thoughts and prayers with the bereaved family members, readers and followers.”

Union Minister Dharmendra Pradhan expressed sadness over the death of Das and said his demise has left a void in the literary world.

In his condolence message, OPCC Chief Niranjan Patnaik tweeted, “Today, I lost a dear friend and a well wisher. The passing away of Padma Bhusan Shri Manoj Das, is not only a personal loss for me, but for the entire country and state. His passing away has left a huge void in the literary field. My deepest condolences to his family. Om Shanti.”

Today evening, the Eminent Litterateur and Columnist passed away while undergoing treatment at a private hospital in Puducherry. He was 87.

He was suffering from age-related ailment and admitted to the hospital for past few days.

Das was born on February 27, 1934 in Shankari village in Balasore district.