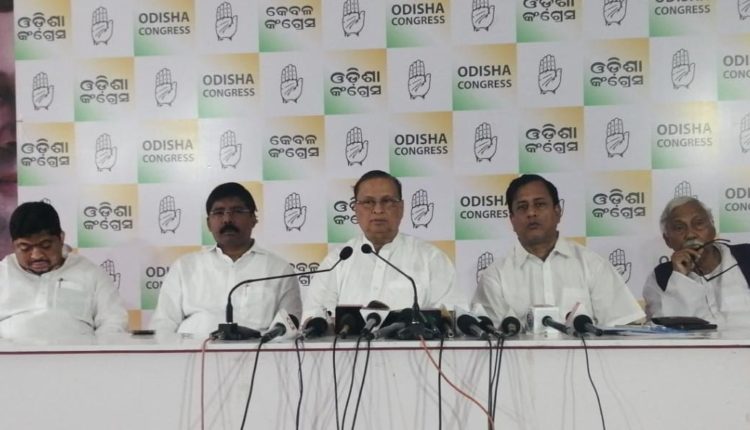 Bhubaneswar: Launching a scathing attack on Biju Janata Dal (BJD), Odisha Pradesh Congress Committee (OPCC) president Niranjan Patnaik today said the many leaders and workers of the ruling party have found to be directly involved in several serious crimes in the state.

At a press meet, Patnaik said that heinous crimes like murder and rape are on the rise in the state at an alarming rate and BJD members and workers are found to be directly involved in many of the cases.

Citing an example the OPCC Chief said two Congress workers, including Nuagaon Sarpanch’s husband Bhagawan Swain and his associate Aditya Ranasingha were brutally killed at Khajuripada village in Banki on February 15. Patnaik alleged some BJD workers killed both the Congress members at the behest of some of the ruling party leaders due to political vendetta.

Patnaik demanded a Crime Branch probe into the Banki double murder and immediate arrest of all the culprits involved.

“Some of the ruling party leaders are misusing their power by hatching such conspiracies for their own interest. They should be unmasked and punished so that they would not repeat the same in future,” the OPPC Chief added.