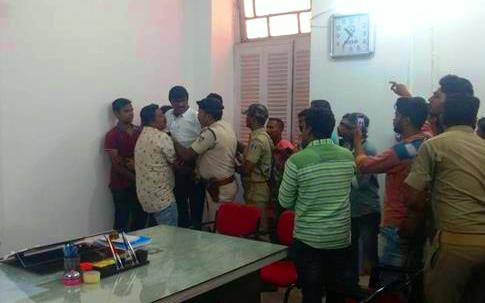 According to reports, Congress workers barged into the office of Kakatpur Tehsil office in Puri district in the presence of the Tehsildar and allegedly thrashed a staff besides damaging the office gate.

Likewise, party workers broke the gate of Nabarangpur Collector’s office and locked it after they found the office being operational during the bandh.

On the other hand, Niranjan Patnaik has formed a 3-member committee headed by senior party leader Chiranjib Biswal to probe into the incidents. Action will be taken against the Congress workers if they are found guilty, Patnaik said.