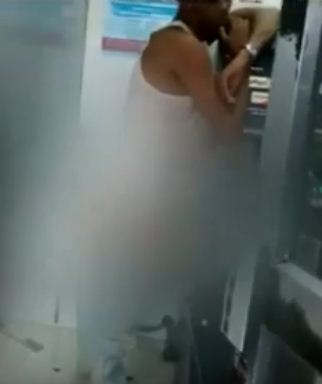 Baripada: In a bizarre incident, a police constable urinated inside an ATM counter in Odisha’s Baripada town last night, a video of which is doing the rounds on social media.

According to reports, constable Sameer Sethi committed the indecent act in an inebriated state inside an SBI ATM counter located near the Baripada municipality office.

A local present at the spot recorded the incident with a mobile phone and later posted the video on social media, which went viral.

Sethi was earlier suspended for similar acts, police sources said. On the other hand, Mayurbhanj SP Smit P. Parmar said action will be taken against the constable after a probe.

Nora Fatehi is a red-hot Barbie in new pic

At 74, Andhra Woman Becomes The Oldest-Ever To Give Birth