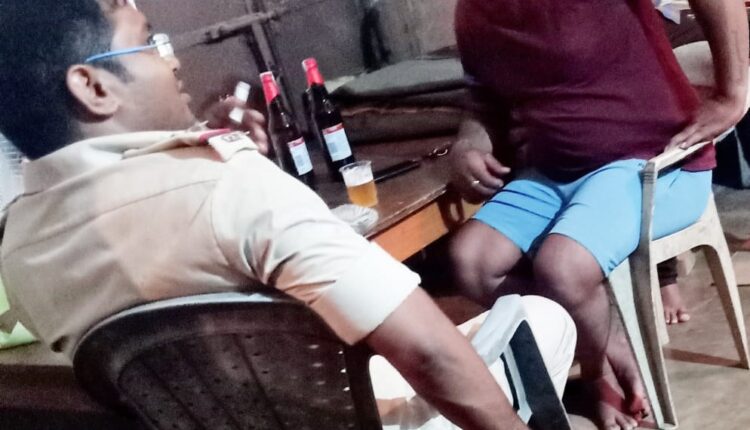 Jagatsinghpur: A police official was suspended for allegedly consuming liquor during duty hours in Odisha.

Bibekananda Sahoo, the SI of Naugaon Police Station, is under suspension with effect from October 21, 2020, for his gross-misconduct and dereliction of duty, an order issued by Jagatsinghpur SP stated today.

During the period of suspension, he will remain under the disciplinary control of RI Jagatsinghpur and will draw usual SA and DA, Jagatsinghpur SP mentioned in the order.

The Jagatsinghpur SP took stringent action against the police official after two audio clips and photographs showing him consuming alcohol with someone while in uniform went viral on WhatsApp.

In one audio clip, SI Bibekananda Sahoo is heard asking for liquor after having conservation with someone sitting near him. In viral photographs, the police official in uniform is seen sharing a table with a person consuming liquor and asking someone for something.