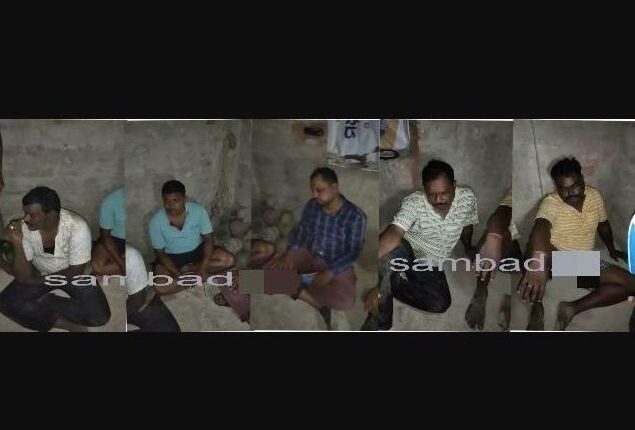 Bhadrak: In an unusual incident, locals mistook five policemen for thieves and thrashed them at a jetty near Nalagohira under Chandbali block of Odisha’s Bhadrak district last night.

According to reports, the five cops, including Dhamra police station ASI, had gone to the spot in plain clothes around midnight to apprehend a kidnapping case accused. They questioned a man at the jetty in connection with the case.

However, workers at the jetty suspected the cops as thieves due to possession of guns. They informed the villagers about the incident, following which the locals reached the place, beat the policemen and locked the cops inside a house.

Later, Bansada police arrived at the spot and rescued the five cops. The locals alleged that the cops had consumed liquor and were in an inebriated state, for which they mistook them for thieves.