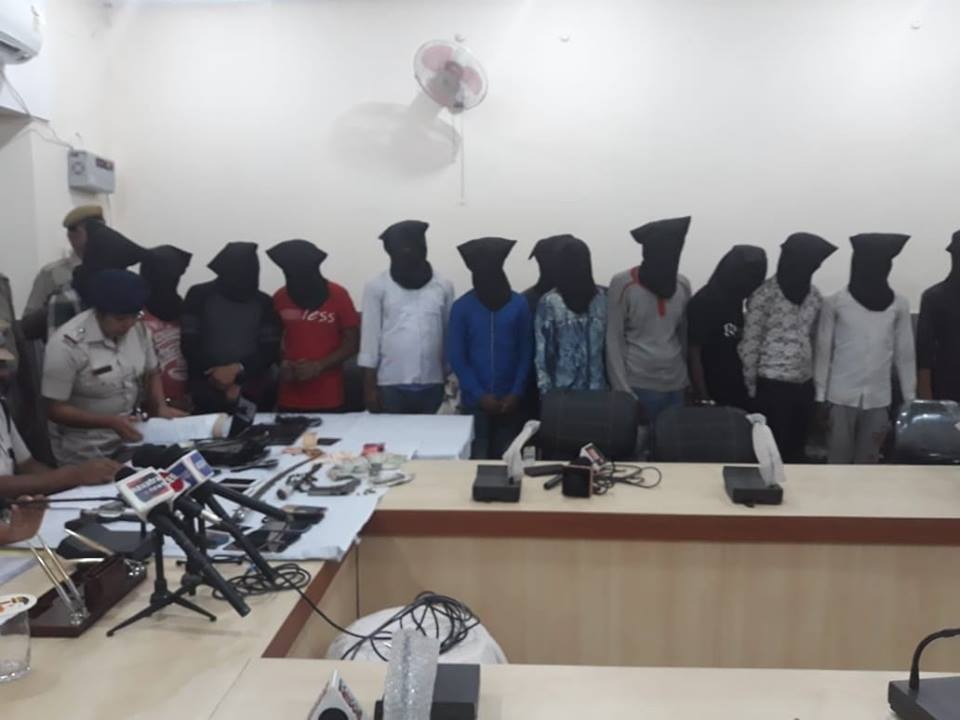 Sundargarh: Sundargarh police arrested eight members of a notorious dacoit gang here today on charges of looting in several areas of the district.

Police source said that the arrested dacoits are involved in several criminal cases.

The 12-member dacoit gang was busted following arrest of its four members while they were planning for a dacoity under Sundargarh police limits on August 24.

Youth tied to pole,thrashed brutally for misbehaving with woman