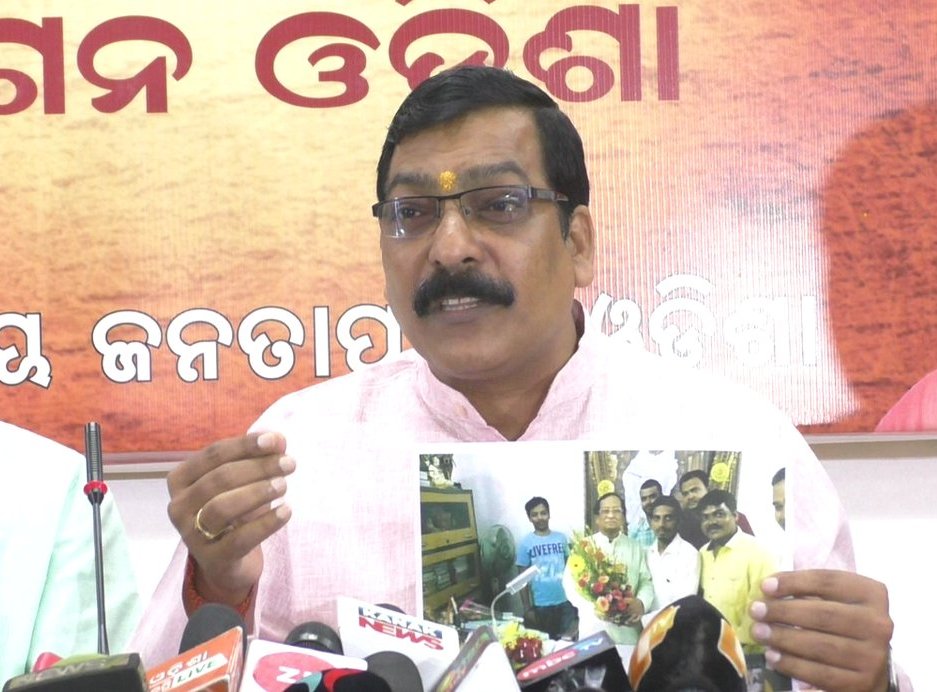 Bhubaneswar: Odisha BJP spokesperson Golak Mohapatra, who is now in limelight in connection with the Call Detail Record (CDR) of Krushna Chandra Nayak– the key conspirator in the killing of Chhatrapur Councillor Laxmidutta Pradhan– today said in a press conference that the CDR is a ‘forged’ one and accused the Ganjam SP of doing politics.

Worth mentioning, as per Nayak’s CDR sourced from police sources, a copy of which is in the possession of OST, he was in contact with Mohapatra exactly a day before the killing, on the day of the murder and in constant touch after the crime till the night of October 22.

“The CDR is a forged one. The Ganjam SP should make it clear whether he has provided it to media or not. If police haven’t provided the documents, then it should be probed that who has/have done so,” Mohapatra said.

“We also demand a clarification from the police official about the source of a video of Krushna Chandra Nayak which was recorded while he was in police custody,”he said.

“If call record of the accused has been disclosed by police in this particular murder case, then we demand that call records of all accused arrested in other cases in Ganjam district should also be made public,” the BJP spokesperson said.

“The SP is trying to create an environment of fear for those willing to join BJP or have recently joined the party by threatening them in a bid to keep them away from the party. We will present evidence in this regard in coming days,” Mohapatra said.

“If the SP wants to join politics, he should take off police uniform and come to political battleground. He should refrain from doing politics wearing the uniform. I hope the official will reply over it and if any spokesperson replies in this regard, it would be understood that he/she is acting as the spokesperson of the police official,” he added.

“I am prepared for facing any kind of investigation,” he concluded.

On the other hand, BJD spokesperson Pratap Keshari Deb said Golak Mohapatra should cooperate with the police in the investigation instead of targeting the SP.

“As claimed by Mohapatra, it is normal for him to have communication with Nayak on regular intervals as he is the Ganjam-in charge of the BJP and Nayak is the party district secretary. However, being in touch with Nayak after wide discussion in media about his involvement in the murder case raises suspicion over Mohapatra,” Deb said.

“The accused was arrested from the state guest house of Uttarakhand, which has a BJP government. Was the room booked for him by any BJP leader from Odisha?,” Deb asked.

“Giving shelter to a criminal is an offence. Police might go to Uttarakhand to ascertain on whose reference the room was booked. Action will be taken on the basis of the probe report,” said BJD vice president Surya Narayan Patro.